What is Representative Population Recruiting? 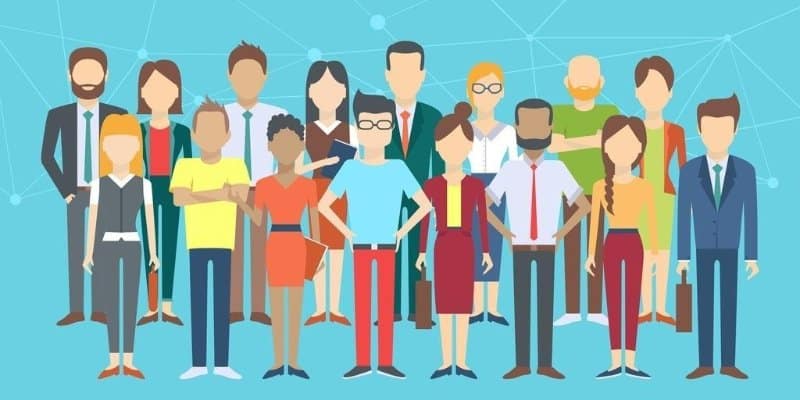 this one is going to carry weight in the coming months and years.

Recruiting, by nature, is cyclical. Talent acquisition is ongoing and repetitive, generally guided by business needs and the market at large. At the same time, it is a space of constant innovation and transformation, with each year presenting new trends and themes that influence strategies and with any luck, outcomes. In recent years, there’s been a big push toward diversity and inclusion, with anyone and everyone espousing their approach and promoting tools that promise to all but eliminate bias from recruiting. This is all well and good – on the surface – but there’s more to fostering D&I than just talking about it ad nauseam.

Enter in: representative population recruiting, or RPR for short. Yes, another abbreviation to tuck away into the recruiting lexicon. But, mark these words, this one is going to carry weight in the coming months and years.

The easiest way to understand RPR is to take the phrase in two parts. Representative population being a statistical term that gets used interchangeably for representative sample. And what’s that? In essence, it’s a sample that accurately represents a population, in an unbiased way. The second piece – recruiting – should be obvious (I hope). Put this together and what we get is the idea that employee populations should, and could, mirror that of a larger sample.

This begs the question, how do we make sure our workforce looks like the population of America? Well, it starts with recruiting a diverse and inclusive group of folks. Full circle and full stop.

Until recently, RPR mostly existed in surveys and scholarly documents like journal articles. By as the calendar moves from year to year, the times, as they say, are a changing. Here are some quick facts, as provided by the U.S. Census Bureau. The estimated population size is 325,719,178, just a smidge above the country’s largest employer, which, by the way, is Walmart with some 2,300,000 employees.

Other things to consider: persons under 18 years old account for 22.6 percent of the total population, so it’s safe to venture that only a small portion is actively working. At the same time, 15.6 percent is age 65 or older. For the sake of argument, let’s say that 61.8 percent or some 201 million people are of working age. Get where this is going? The numbers here are massive.

Beyond the seemingly scary math component, there’s real value in RPR. By taking the time to identify population trends, even at a state or local level, recruiters can get a sense of how their organization stacks up.

For example, though the U.S. Census only accounts for two gender options, it tells us that 50.8 percent of the population identifies as female and thereby 49.2 percent as male. Even taking into consideration other options, determining the gender breakdown of an organization should be reasonably straightforward. Set the percentages against different representative population samples to understand if current hiring practices reflect the right numbers. If not, then there’s work to be done.

This piece wouldn’t be truly representative of the U.S. without posing the all-American question: why? Besides the possibility of increased access to underrepresented populations, stronger communities (both internal and external) and a positive impact on everyday tools and technologies, we can point to the early results we see from companies already practicing RPR, such as Intel.

In early 2015, Intel set a goal of reaching full representation of women and minorities available in the U.S. skilled labor market by 2020. Sure, they put $300 million behind the initiative, but in writing this near the end of 2018, they’ve already made it happen. Two years ahead of schedule. And based on Intel’s latest D&I report, the shift worked, positively impacting populations across the entire organization as well as its profits.

After doing the legwork and figuring out how an organization breaks down against the population, recruiters face the reality of retooling the hiring process. On occasion, this is where the trolls march in, taunting talent acquisition teams about things like bias and the impossibility of attaining equality. Breathing deep, it’s critical that we, the collective we, the royal we, as recruiters and as people, push past this and seek out other ways to create representation.

The how can range from simple tasks to new technologies. Intel credits its “Warmline,” a confidential hotline designed to help employees with personal and professional matters, with improving the employee experience and reinforcing the brand. Others might commit to removing any and all gendered language from job descriptions and careers sites, or restructuring interviews using a platform that supports data-driven decision making, rather than relying on intuition and gut feeling.

The why is what we know today – that representation matters – and it’s up to recruiters to deliver on it.

Imo is the VP of Strategic Partnerships at OutMatch. Prior to OutMatch, Imo co-founded and served as CEO of Wepow, a popular video interview solution that is now part of the OutMatch Talent Platform. Imo’s work in the HR tech and Talent Acquisition space is driven by his passion to help organizations connect with talent.