There’s Tech Recruiting … And Then There’s Everything Else 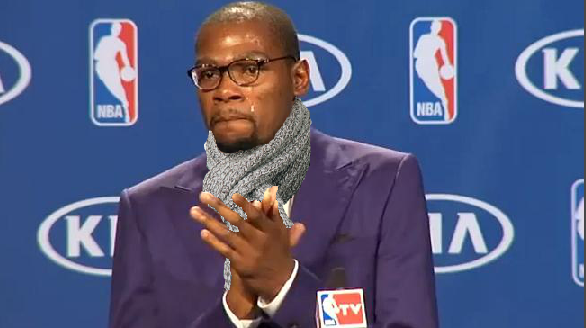 You know who I don’t envy? Tech recruiters. At least not now, anyway. Their job may change in the coming years as more of Gen Z slides on into the workforce, but at this exact moment, tech recruiting…well, it sort of sucks. Hear me out. You’ve got the perfunctory stuff, i.e., low unemployment rates, a lengthy list of reqs to fill and hyper-growth around previously underutilized technologies like AI and machine learning that’s causing that growing skills shortage. And that’s just the start. But you want to know the real reason I don’t envy these recruiters? Tech talent straight up doesn’t like them, and that’s making this work ten times harder than it should be.

Seriously, if you do a quick Google, you’ll see results like “Why does tech recruitment take so long” and “Why do tech recruiting.” What’s worse, there are articles titled “Why so many developers hate recruiters” and Reddit threads calling tech recruiters the “scum of the earth.” Ouch. That’s harsh. Still, when you click through to see what candidates are saying they’ve got receipts. Like the aforementioned Reddit poster who explains the time a tech recruiter got him a job with no start date…that turned out to be an offer from a cult to build a brainwashing AI program. Even so, tech recruiters seem to have developed a bit of reputation – and one that only they can undo.

But before we go there, let’s back up and see what tech recruiters are dealing with day-to-day. Per the latest Stack Overflow Developer Survey results, the issues are well-founded. For instance, of the 86,447 developers asked, some 77 percent are employed full-time, while another 15 percent report working at least part-time. That leaves 8 percent of developers unemployed – or so you think. Look closer, and you see that more than 3 percent either aren’t looking for work or already retired. So 5 percent of this sample size, about 4200 developers, are looking for a job. That’s split between the U.S., India, U.K., Germany, and Canada. That’s 4200 developers between all those countries. It’s not much better when you isolate the U.S. with that employed full-time number jumping up to 83 percent.

Of course, developers represent only one sect of tech talent, though it’s a pretty big category, covering everything from web development to IT to SaaS. If you go by the Bureau of Labor Statistics definition of tech jobs, we’d also need to talk about computer scientists, network architects, programmers, analysts, administrators and the like. We’ll save that deep dive for another day.

However, further complicating matters, you’ve got the organizational needs. These range from the standard challenges like reactive hiring, forcing tech recruiters into a corner trying to find someone with very specific qualifications in a pinch, to the vague hiring managers who don’t see the point in completing your intake meeting. But with a shortage of active candidates, tech recruiters don’t have the time or luxury to deal when the reqs keep piling up.

That’s not to mention the specific initiatives you need to account for, like diversity and inclusion. So now, on top of the teeny tiny talent pool, you’re wading in, you’re expected to source, engage and ultimately, woo these candidates into accepting a particular role. This puts additional pressure on you to find someone with the perfect blend of skills and experience, who fits or adds to the corporate culture and in essence, checks the right boxes. Not exactly the best approach for improving outcomes in the long-run either.

The reality is, tech recruiting isn’t every all that easy – and right now it’s harder than ever. The good news is, there is some hope, with roughly 76 percent of developers open to hearing about new job opportunities (within in reason, no doubt). But first, we need to go back to that image issue and find time to rehab how tech recruiters present to candidates. You might be thinking, why bother? And I don’t blame you. No one wants to admit there’s a problem until it’s staring them in the face – and though I hate to be the bearer of bad news, according to tech talent, it’s you, not them.

The point is, tech recruiting in 2019 is mostly magic. You’re pulling rabbits (or purple squirrels, or unicorns, or whatever) out of hats and yet, candidates and corporations seem to think you’re the bad guy. Not cool. Not cool at all. So here’s to you tech recruiters, for everything you put up with and everything you do. You’re the real MVP.