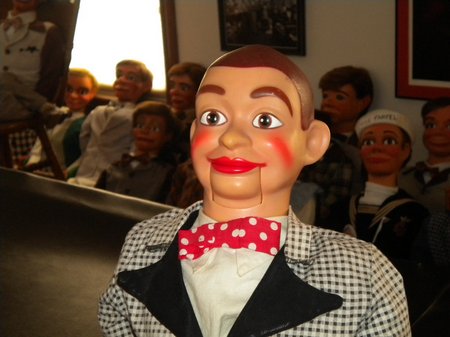 Everyday schmoes who, for one reason or another, show up at their recruiting and sourcing jobs day-in and day-out and do their jobs well, don’t usually get their moment in the spotlight. They don’t get trumpeted each day on social media as brilliant minds, they don’t toot their own horns (like some of us do constantly), and they aren’t racking up SkyMiles flying to every recruiting conference. They’re staying in the office fighting the good fight, doing the hard work and having the conversations many of us avoid in exchange for dishing out advice.

They’re the good guys – the ones that actually deserve to be on those “thought leader” and “people to follow” lists – yet, they’re rarely recognized for their contributions. They give back and give advice to inspire change instead of relentlessly pointing to the errors of colleagues and industry counterparts alike. They hold people accountable to continuous improvement and industry standards. They’re the ones we honor when a few leaders in the recruitment industry decide to create their own holiday – Tim Sackett Day – to recognize these unsung heroes.

And this year, we’re honoring someone I feel lucky to call a friend and who I respect tremendously – Recruiting Animal.

If You Don’t Know, Now Ya Know

If you don’t know Recruiting Animal, I have to believe you’re living under an actual rock – not just a metaphorical one. 646 652 2754 is burned into my brain as the call-in number for the Recruiting Animal Radio Show, the weekly online recruiting industry interview event that will have published its 430th show last week, as it has every Wednesday at noon Eastern Time for the past eight years.

This long-running show is why he’s recruiting’s orginial gangster. It’s the first call-in radio show about recruiting and is – bar none – the recruiting industry’s best product and offers the racket a chance to be hoisted by its own petard on a mind so sharp that voices the thoughts of the ordinary voyager – its listeners.

In those 8 years, he has covered every hot topic in our industry with a rowdy, informative and fun style that’s truly all his own. As one of his original co-hosts on the self-proclaimed “best recruiting show in the world”, a role now held by Jerry Albright, I’ve watched recruiters and sourcers of all types go through this vetting process of sorts. Being a guest on his show is a right of passage for recruiting and sourcing professionals into an elite association that is otherwise hard to crack. This accompanied by Animal’s own scare tactics are enough to make you think it’s a miracle anyone volunteers in the first place.

There’s revelation in conversation and The Recruiting Animal Radio Show is a superb format demonstrating that. The facts surface as Animal relentlessly digs them out of their stubborn hiding places. Listeners sometimes squirm for the guests, but that’s part of the show’s audacity (and appeal).

Michael takes broad aim at charlatan demagoguery, questions authority with tenacity and is warily distrustful of showpieces until proven worthy. He asks the questions most of us are thinking and runs the Recruiting Animal Radio Hour like the benevolent dictator he has earned the right to be; trusted and revered in the position he alone has boldly held.

Michael shakes up the recruiting status quo every week and the result is that his show is becoming one which the prideful are beginning to avoid; understanding the beams in their own eyes can’t help but be reflected in Michael’s astute mirror reflecting.

You can call it a labor of love – all this advice and weekly meeting, all on behalf of the recruiting industry. Some respond to him with a rubbernecked foolishness but the enlightened graciously oblige. Those that listen know the inherent value of his constant monitoring and re-education of the recruiting industry, as you can see if you look at some of his show’s reviews that aptly call it “a fast-paced, hardball forum of recruiting infotainment.”  Michael often moans to me (after shows), “the show was bad” and I always disagree. I believe all the shows are good – if not for their guest’s insights but rather for his own brand of razor-sharp wit. I don’t think he’ll ever give himself enough credit, in spite of the fact that he’s one of the few who actually deserves to ride a “high horse.”

The Guy Behind The Puppet

Michael is thoughtful, kind and an overall decent human being who shows up each and every day with common crosses to bear in the practice of these crafts called recruiting and sourcing. Michael puts brackets around those struggles and calls them out and demands accountability of those who offer magic solutions to those struggles.He’s someone worth honoring in a community where too often, we invest our time in taking people down instead of building them up.