Membership
Home / Articles / Quitting With Flair: The Inventive Ways People Use to Say “I’m Out”

Quitting With Flair: The Inventive Ways People Use to Say “I’m Out” 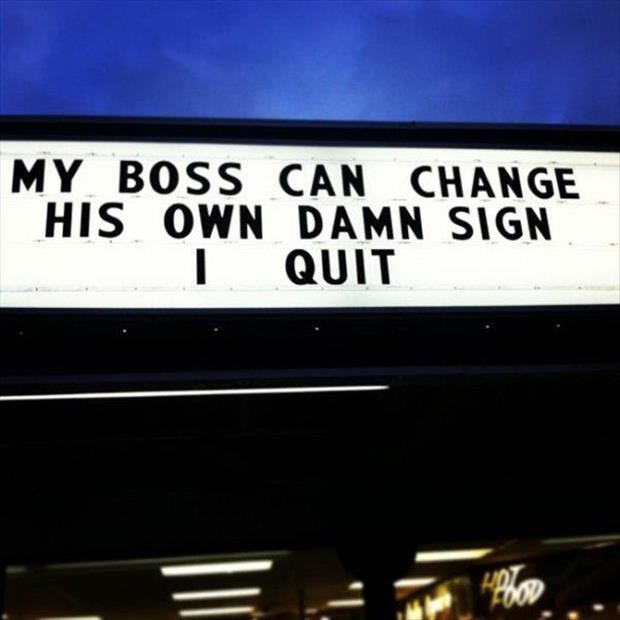 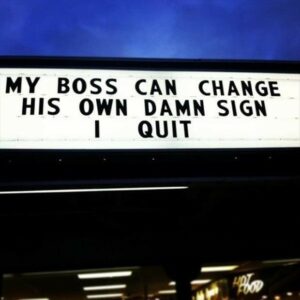 Parental Advisory Announcement: This article on how people approach quitting a job will offend you if you are a stuffed shirt or a moralistic ass that cannot take a joke and sees the world without an ounce of sarcasm. So please, move on if that’s the case. Trust me, you are not the audience for this. – Management

Have you ever had a dreadful day? I mean a day that you just say, “I am done, that was the final straw, you have broken my back. I can’t take this crap anymore!”

Sure you have. We all have. In fact, it seems that the one thing we carry with us from our childhood is the ability to throw a temper tantrum when we don’t get what we want. This is not a Millennial thing if you think this is where I am going with this.

Quitting a job has been a normality since the 1970s, it seems, and when we get to the boiling point of life, we move on. Almost all of us give our two weeks when quitting and move on to another role, while others, well, they leave with a little more flair.

When someone asks me what I do for a living at an event or bar, I often smile that snarky look I can get and say, “I am in HR. Sadly, I fired myself today, and I’ve been a bit sad by it so I am not talking with myself.” I then turn and giggle knowing that few, if any, get the irony I just displayed.

I know the HR community just loves lists so I thought, with this post, I would add my own version of a list of some pretty funny, side-splitting exits that have been used in order to vacate an individual’s role. Some of these you may have seen and others, unless you were actually there, would not have ever been known about.

Before you continue on with this, I will state that if you are in an unfriendly work environment that thinks four letter words have more power that they actually do then continue to read but click the browsers full well knowing that these may be NSFW. For those over 50, that means Not Safe for Work.

Back in my agency days, VB 6 was the language to have and code with, but N-Tier was the cool buzz word and start-ups were everywhere. It was the new frontier and Millennial was not even a title yet. It was GenX baby and we had it all. Everyone wanted us; we were the shit man!

If you think finding and retaining programmers today is hard, think back to a time when schools were not even teaching JAVA yet. Yeah, that. I had placed a great programmer, a young guy and smart, but one who just hated the BS of the corporate world. He jumped at the chance to join a local start up in Phoenix. Six months later that exuberance was derailed by his management team’s lack of control and understanding of what they were trying to accomplish. 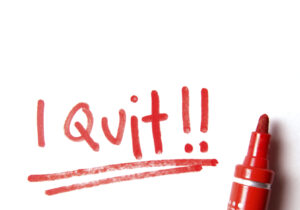 He sent an email, although this was a crude interpretation of the use of out and out sarcasm, and possible career suicide nonetheless. It was, shall we say, an interesting departure email that he sent to the entire company —  a pic flipping off the camera with the meme, and something new to the world of doing this. It said, clearly, I am out!

Funny thing is, I placed him again within 24 hours of him quitting his job, and got a commission. So, it’s a win-win, I suppose?

The “I’m Out of Here” Videos

We live in a world where it spins round and round, and in the process, we continue to evolve, some for the good, some for the bad, I suppose. With multiple platforms to express ourselves, and the ability to self-delude each other with so called fake news in order to obtain a self-absorbed feeling of superiority, the term “shit happens” takes on a new level of complicity when quitting a perceived role.

Still pictures are passé’ or not in vogue as they used to be. Gifs, Memes, and videos now seem the way to say goodbye. Check these ones out, however I once again want to show my concern for the purity and concern of ultraconservative ears and eyes, so go back into the cave of ignorance and hide from the things that you fear most — a few bad words.

I will start with this one, for sure. It’s funny that marijuana is the new oil in this country, and believe me, you should start looking into stock futures for this now, because it’s legal in too many states to mention.

Is this possibly the new gold rush? Where is that gummy again? Yes, this was just about a perfect way to quit:

Although this did go semi-viral when it landed, it was still a time when the country was starting its angered confrontation against the idiocy that is against marijuana yet totally for alcohol and tobacco addictions. Funny enough, marijuana is now legal in Alaska, possibly based on the fact that this young woman stood up.

Quitting a job can be hard thing, and giving up on even the worst of jobs can take its toll on a person who is possibly leaving something decent behind.

So, what is guy to do but bring a few friends in on his last day to put on a show and let your owner or manager know how you feel with a song?

This is what happens when you have made your last latte and are truly fed up with the circumstance you were in and making a whole $7.50 an hour. This was one of the best on this list for me, as well as the fact that the dude has pipes and and ability to front the talent behind him and keep up with them.

It all shows that he made the right choice in how to offer his resignation.

The only thing that really pissed me off about this way to quit is that there is no way I could possibly pull of the dance moves that this young lady was able to do.

No, seriously. I think I would have ended up breaking multiple appendages trying to accomplish the awesomeness that this young lady pulled off so effortlessly.

The best part — for her, that is — is that she got a gig working for Comedy Central, and that’s somewhat apropos as this was pretty epic. She, on the behest of LinkedIn, even followed up with a why you would not want to do that article titled Don’t Quit Your Day Job: Advice From a Famous (ish) Quitter.

Funny, but even the boldest people who make the biggest strides are pulled down like crabs in a bucket when trying to escape the BS of so many companies who are desperate for dystopian, dream-like work environments.

OK, this is the last one for you. At a company I worked at, one of the things we always laughed about was how almost everyone who left would send a nice email out to the company letting them know how happy they were here but had to move on, or some other BS, PC-like thought that at some time this #karmatic feeling going out the door would absolve them in a future endeavor.

Here is a Cliffs Notes version for you. Sometimes you find yourself in a #craptastic situation, and in the end, you just have to say this …

So there you go, with no epiphany from me or some kind of Oracle-like statement to carry you through.

This was just something I found entirely too funny to not write about and share. Sometimes, when looking at life, you have to just let go and fire away.

Safety nets are for those who are afraid to just let it go.