Membership
Home / Articles / What no one Tells you About Psychometric Testing

What no one Tells you About Psychometric Testing 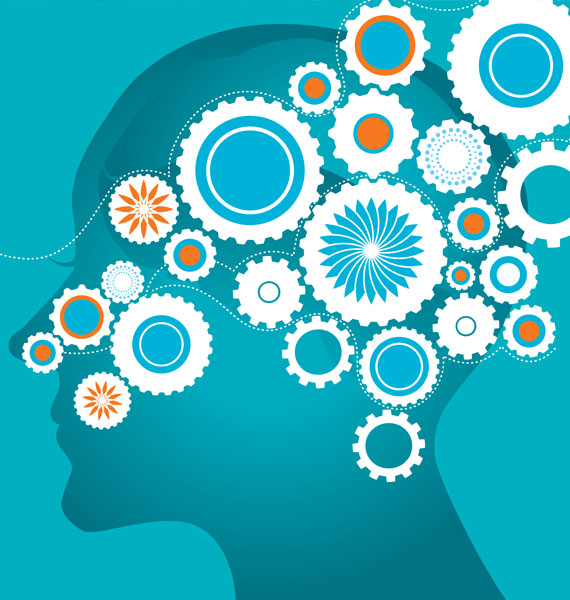 So, why is it that a practice which is widely regarded as hokum is so frequently used by recruiters? It would seem that psychometric testing is the Marmite of the recruitment world, and its advocates are just as passionate as its skeptics. If you’re in the former camp, it might be time to reconsider your stance…

What’s it all about?

As a science, psychometrics began in Cambridge between 1886 and 1889. In those days, it was a field largely interested in trying to measure the differences in human intelligence levels. Over the years, psychometric testing began to be integrated within employment procedures to gauge a candidate’s cultural fit.

Used to assess the suitability of potential employees, the most common recruitment psychometric tests of today are designed to reveal details about behavioural traits and personality which don’t come to light within the interview process. The other type of test comes in the form of an aptitude or ability assessment, devised to measure reasoning or cognitive ability.

What are the perceived benefits?

Recruiters who champion psychometric testing as a hiring tool assert that it reduces risks by revealing a candidate’s character. Personality profiling can (potentially) help to ascertain how a candidate behaves in certain working situations, providing a projection of how they might work if offered the job. The argument exists that the tests can be instrumental in making people aware of their strengths and weaknesses – leading to better self-management in the workplace.

During interviews, it is always more difficult to evaluate a candidate’s personality and performance traits than it is to evaluate their education, experience and skillset. Psychometric testing aims to solve this problem and offer as much insight into a candidate’s suitability possible. For these reasons, many recruiters use psychometric tests in conjunction with a range of recruitment strategies to inform their hiring decisions.

Are the benefits real?

Despite a century of trial and error and countless tests being given and appraised, there is still no conclusive scientific evidence that psychometric testing works. Though some tests are better than others in the sense that they have been designed specifically for the purpose of the candidate’s job performance, many are entirely irrelevant. Even the ‘better’ examples can only offer a rough measure of what they claim to show.

Psychometric testing was founded on inaccurate theories about multiple intelligences, and the tests used today are largely HR voodoo which offer no certainty of validity. Aside from the fact that people often lie on these tests and they can easily be manipulated, establishing the legitimacy of psychometric testing through means other than the tests themselves is near impossible. Given the fact that personality tests tend to confuse correlation and causation, they cannot be used as any kind of reliable indicator that s candidate is fit for the job.

Could psychometric testing actually be a harmful practice?

For recruiters, psychometric testing is a waste of time and money. More concerning that the wasted resources, however, is the limitation that these tests put on a recruiter’s gut instinct.  In an industry reliant on powerful and intuitive interpersonal skills, psychometric testing can often cloud the impression that was formed during the face to face interview. The instincts of a seasoned recruiter are incalculably more accurate than a pseudoscientific questionnaire, and these instincts shouldn’t be complicated with unnecessary procedure.

For candidates, psychometric testing is as impersonal as it is encumbering. A candidate looking for retail jobs in a supermarket shouldn’t be expected to spend their time completing a zany online personality test. It’s a barrier, and a barrier which can eliminate candidates who may not test well but who would make a committed and competent employee. People are highly complex, and a psychometric test takes a broad (and therein unfair) approach in attempting to understand their multifarious traits and talents.

There is also a real risk that psychometric testing puts candidates into pigeon-holes. By telling someone what ‘type’ of character they have, you label them and consequently limit them. Psychometric testing is a bad practice for recruiters and candidates alike, and should have no place in a modern hiring process.

The real impact of psychometric testing

Last year, the use of psychometric tests came under fire in the UK after a bank chief was hired based predominantly on his test results. Despite having no relevant previous experience in finance jobs, Reverend Paul Flowers was hired as chairman of the Co-op Bank for a lucrative three-figure salary after performing exceptionally well on his psychometric test.  Flowers was later forced to quit in ignominy over a £1.5billion black hole in the Co-op’s balance sheet – causing psychologists to compare psychometric testing to little more than a Victorian superstition.

VIA – an American psychology organisation – recently admitted that their personality test is a failure and told a UK government agency to stop using it on job seekers. After flunking its scientific validation, the test was discredited and put out of use. To reiterate, this was a test being used by an official UK government agency. Worrying, isn’t it?

In further controversy, Carl Filer hit the news when he was offered a promotion by store chain B&Q, only to be sacked because he subsequently failed a psychometric personality test. Examples like this are alarmingly commonplace, and a quick Google search can tell you how much damage psychometric testing can have when used as a serious science.

In 2015, psychometric testing should no longer be given weight as a plausible recruitment procedure. In her 2006 book, The Cult of Personality, Annie Murphy Paul claims that personality tests are leading us to mismanage our companies and misunderstand ourselves. When used in recruitment, all reasonable logic would conclude that these tests also cause us to cloud rather than clarify our judgments.

With absolutely no authentic evidence supporting its validity, it’s time to cull psychometric for the sake of the recruitment industry’s credibility. Would you agree?

This article was originally postedMarch 31, 2015 by Roxanne Abercrombie on RecruitingBlogs.

Roxanne Abercrombie is a professional copywriter and serial blogger. You can find her working as PR, Content and Social Executive at Uniting Ambition, a leading recruitment firm specializing in delivering top talent to the market’s hottest professional services, digital marketing and IT contract jobs.