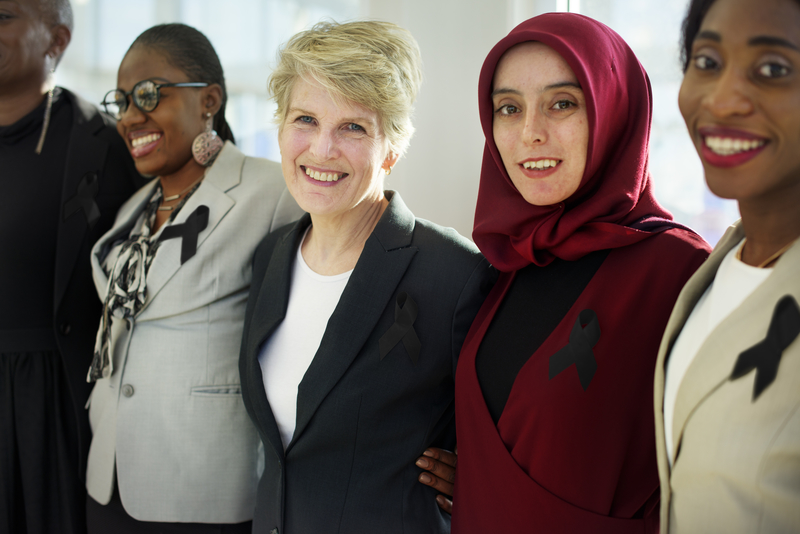 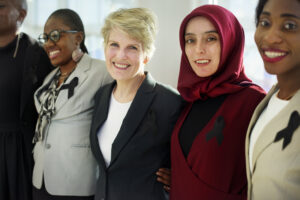 Last month, I was consulted by a large international client.

They were launching a thoughtful and contemporary worldwide multicultural and generational mentoring initiative and wanted to do some additional programming for their high performing, successful women leaders.

The ultimate goal? To increase the number of women in their leadership ranks, which had dismally been hovering at the industry average of 13 percent for a very long time.

Why was this important to them? Average performance was not in this client’s DNA.

It was, instead, a matter of pride.

Trying to improve the number of women leaders

They saw a metric (the percentage of women in leadership positions) that was underperforming and they wanted to fix it. They were market leaders. Given this drive and their general knowledge of the increasing focus on women leaders as a meaningful business performance differentiator, the embarrassing issue of gender (under) representation in their leadership ranks was finally on some executive’s To-Do List.

I attended this meeting with a handful of high level women leaders who were the few that had managed to crack the leadership barrier. As if they didn’t have enough to do, they had been tasked with the responsibility to create and champion this “extra” program for women. 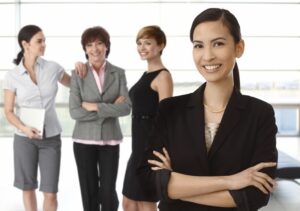 Their enthusiasm to do so was clearly mixed, but their A+ achievement orientation was nonetheless driving the process forward. They had a current plan, but wanted to be sure. As a boutique player from a majority female owned and operated firm, I was there to give a second opinion.

The current plan had been put together for them by a leading global consulting giant. They slid the Two-Day “Women’s Mentoring Program” in front of me. I carefully reviewed the proposal and immediately resisted the urge to blow the metaphorical dust off the outdated approach.

The problem? It read like a 1990’s era canned training manual for women in the workplace. The Two-Day itinerary stuck in my throat just reading it.

I could not help but despair. Is this truly all of the “progress” we had made in the last 30 years?

I could not imagine sitting through the proposed training, let alone feeling energized and engaged by it. It was particularly baffling given the progressive global mentoring program they were developing for the entire high potential population.

“So, can I clarify something?” I asked? Of course, they said.

“This program is for the women in your company who are already high performing and successful?”

Yes, they said. I took a deep breath and asked, “May I be a little provocative here?”

A provocative, and compelling, insight

They exchanged nervous glances, but told me to proceed. This was, after all, the reason that they had sought a second opinion. That’s when I jumped in:

Let me see if I understand — You are going to bring all of your highest performing women leaders together in one place for the first time in the history of your company. You are then going to provide these successful women with extra ‘training,’ which you are not providing to the high performing men. (Let’s stop and think for a moment what message this sends to the rest of the organization).

And, when you are done “training” these high performing women, you are going to give them a networking and mentoring opportunity, where you parade them in front of all the men for a dinner?”

For an uncomfortably long time, the room was pin-drop quiet. I resisted the urge to vent my frustration and just let this sink in.

Harnessing the power of high-performing women

You are going to have all of your highest performing women together in one place for the first time. Is this really what you want to do with them?”

Honestly, my client and I couldn’t rip up that outdated programming proposal fast enough — and we’ve never looked back.

That meeting was the start of a collaborative and creative journey to customize energizing global programs designed to harness the unique business perspective of these high performing women and engage them in the business discussions they come to work every day to tackle and solve.

While we are at it, we’re also taking the opportunity to ask these women leaders what they need to be successful, which includes identifying the corporate obstacles and seeking commitment from the leadership to find ways to remove them. We are also exploring organizational flexibility and vitality as key drivers for sustained performance, retention and success.

Time to get energized

As it turns out, even the process of creating this programming has been energizing for all of the business leaders involved.

So, how about you? Are you ready to be energized?

Rosalie Harrison is an International Consultant with Borderless Executive Search.  She has more than 25 years of combined experience in the fields of labor and employment law, pharmacy and health care. Prior to joining Borderless, Rosalie was a partner in a large U.S.-based law firm specializing in labor and employment law. She represented Fortune 500 clients in North America, Europe and Asia. She is also a Registered Pharmacist and has worked in the pharmaceutical and biotech industries as a researcher, sales representative and technical writer, as well as a clinical Pharmacist in large teaching hospitals. You can connect with her on LinkedIn.