Membership
Home / Articles / Time for the Jedi to End: How to Hire More Women in Tech

Time for the Jedi to End: How to Hire More Women in Tech 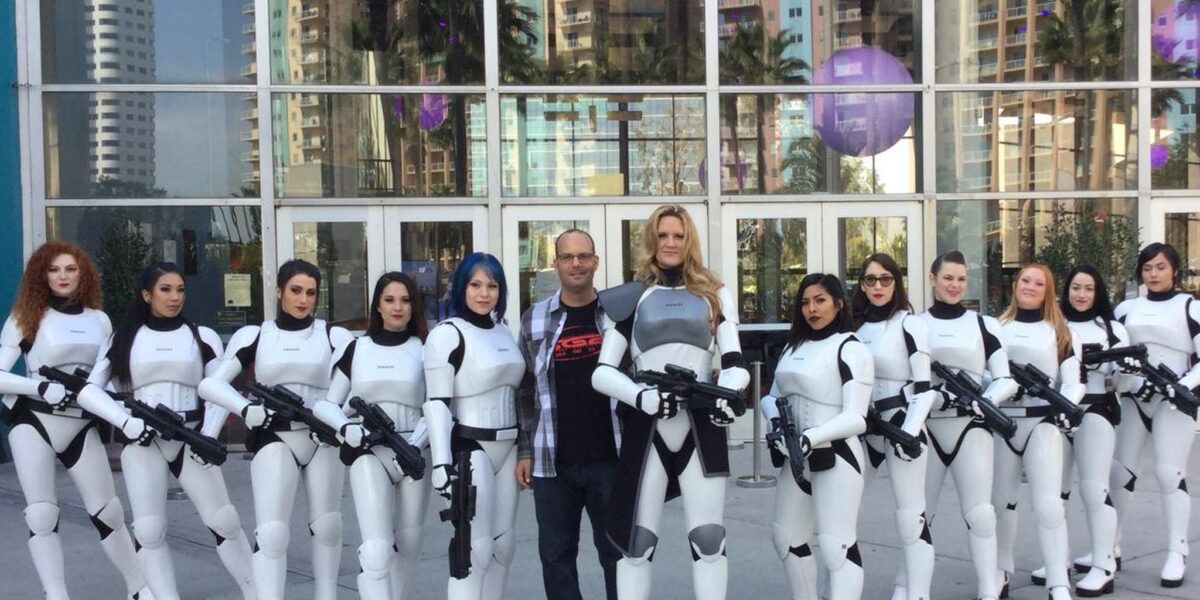 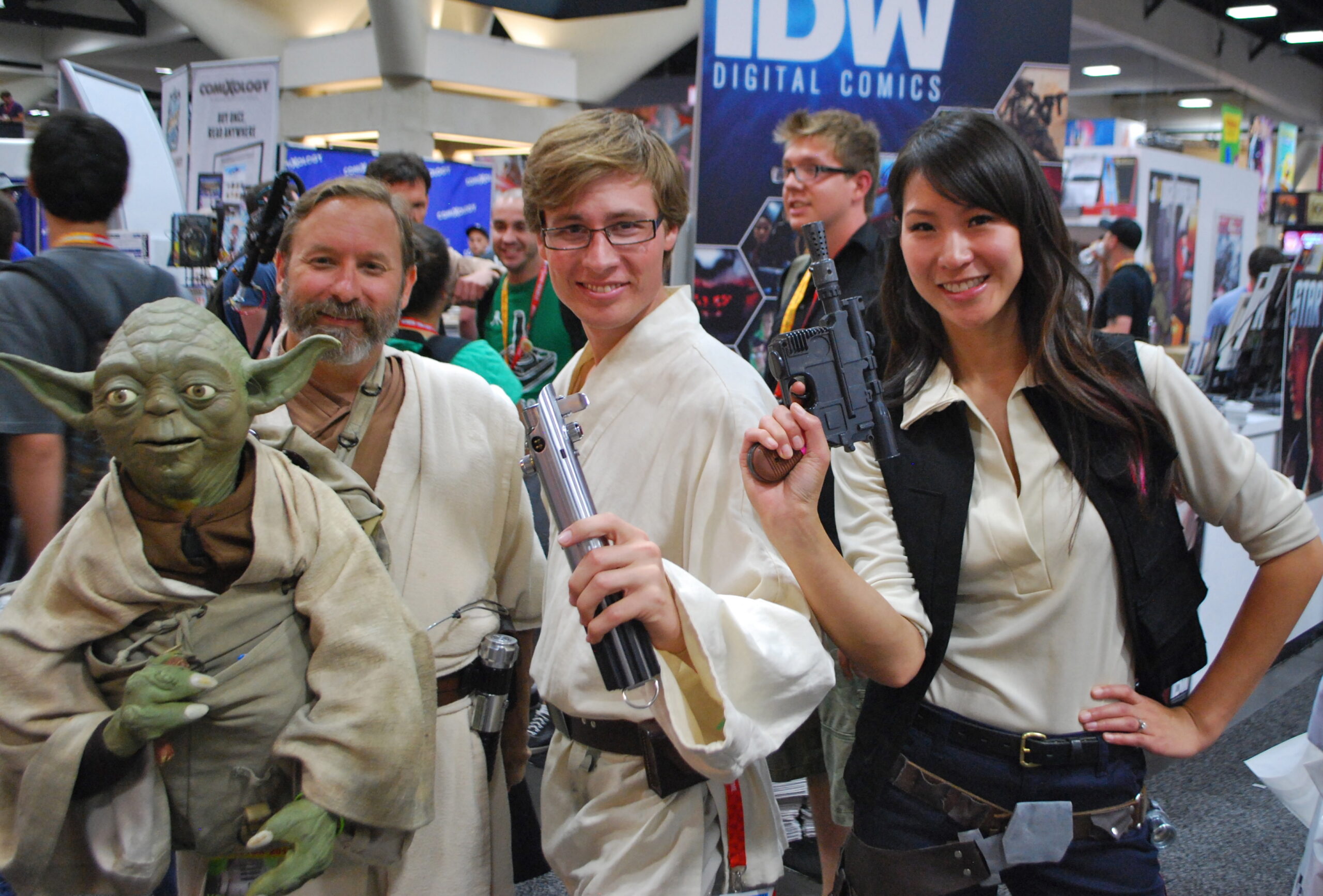 As you have heard by now, the next chapter in the Star Wars saga is here. And I got to thinking, why do people refer to themselves as the Jedi of (Insert job title here?) Just type “Jedi” into any popular job search site and the term is likely to produce pages of listings that are nothing to do with Japanese martial arts or cinema or even with the valiant knights from a galaxy far, far away. Instead, it’s like that creative hiring manager or recruiter are referring to more prosaic roles such as manager, programmer, and strategist.

While I am no fan of the infamous Order 66 which wiped out most of the Jedi Order, I’m puzzled as to whether or not the remaining Jedi are applying to the 16,000 job postings asking for their talents? Maybe you know of an instance where Gandalf or Hermione Granger applied to anyone of the 600 wizarding needs in the United States. But lets be honest. When was the last time one of the 83,000 Jedi, Gurus, Rockstars, or Ninjas on LinkedIn responded to your job ads, employee branding, or email?

While Obi-Wan Kenobi might have served Princess Leia’s father well in the Clone Wars, the nuanced solution of writing job titles as if candidates were still children needs to die for three reasons. These “fun” job titles appear to agitate developers (hop on over to Quora and find some developers who really love when recruiters call them “ninjas”), project a lower salary, and deter many women from actually applying.

Yes, it’s a double punch for those of us who are trying to encourage and mentor women into technology jobs. Especially when we consider that companies with more female leaders do better regarding a product’s success. And for these three reasons, a grown man with a lightsaber is going to suggest that it’s time to kill the Jedi.

The Jedi Juxtaposition is Silly

Developers have made no secret of the fact that they hate being called “ninjas.” According to Indeed, there are a huge amount of jobs posted each year with these titles. While it would appear that these titles are on the decline, the 24,000 postings on Indeed tell another story. Ironically, there’s a 2 to 1 ratio of available candidates. But, these titles don’t tell you a lick about the job or candidates’ abilities. Do these kinds of job titles actually appeal to the targeted audience?

Hackers and Founders on YCombinator or the occasional application buried in Github suggest that the development and engineering community frown on this hyperbole. The best candidates are looking for specific descriptions of what they’ll be doing in their new role. At the same time, buzzwords can be alienating to some candidates, unintentionally narrowing the applicant pool and causing it to be less diverse. It can be hard to know if one is qualified to be a Software Engineering Ninja. Instead, job seekers are better able to assess their readiness for a Senior Software Engineer role and apply to the job that matches with their actual level of experience as a result. 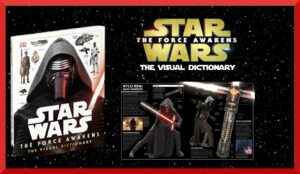 Who wants to be a Jedi? The pay is absolute balderdash. A meager $14.92 an hour? Oh, please, I don’t want to be part of that Rebel Alliance.

If you think that’s bad, then you definitely don’t want to be a rockstar. At $12.05 an hour, we aren’t getting the band back together.

Guru? $53K a year isn’t bad, but you could hardly live in San Francisco.

If our candidates are doing any research, they realize that the shimmering job title and superlatives cheat them out of compensation. And people don’t like to be cheated. (Neither do Wookiees. Let the Wookiee win.) Many a developer cite that these types of fluffy titles cheapen what they do and who they are. Here are some examples in their own words.

‘Rock star’ signals that you haven’t thought enough about the role this developer will fill, leaving developers with a feeling that they’ll be receiving ill-defined requirements, not enough time, or not enough resources to do their job in addition to being overworked and underpaid.

‘We want rock stars’  is used by some companies to mean ‘We want someone who is 5 times more productive than average but who will work for much much less than 5 times average pay.

The chat boards are filled with great developers (like the C++ radar engineer I quoted) and littered with feedback recruiters need to attract and engage candidates. No one seems to be enthusiastically singing the praises of these job titles. Clearly, cheap job titles are not the enticement we are looking for. 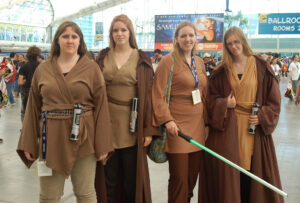 Code for Dudes Only

How do we solve technology’s diversity problem when the experts say Jedi, Ninja, and Rockstar discourages women from applying? Wait… what?

Words impact how and who applies to a job or how they interpret a job description? Yes, Han Solo, how employers describe a vacant role matters because they can inadvertently deprive their company of talented workers at all levels. In the US, 75% of big employers list diversity as a priority, yet women are consistently under-represented, from entry level to C-suite, according to both McKinsey, and Lean In, which was set up to help women with their careers.

Take the work and data of Iris Bohnet, a behavioral economist at Harvard University. In her study, What Works: Gender Equality by Design, Bohnet measured the numbers of men and women applying in relation to the use of words that tend to appeal to different genders. Examining the unconscious bias that holds back hiring, Bohnet cuts the crap and points out the failures of expensive diversity training programs have had limited success, and how these efforts typically invite some form of backlash. 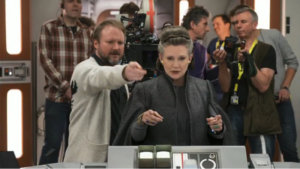 Instead, Bohnet offers a new solution. “Words such as ‘leader,’ ‘assertive,’ and ‘competitive’ are adjectives coded in our heads as typically male,” she says, in contrast to words seen as “typically female, such as ‘cooperative,’ and ‘compassionate.’” She adds: “Based on a limited number of studies we know women are less likely to apply when there are more male-coded words. . . . we have to do more with field experiments and get employers to try different strategies.”

If these types of biases manifest themselves in the hiring process starting with the job listing, what are employers saying when they show off their culture to prospective candidates? Is it any different than the unintended message about “we work hard and play hard,” and not realize this suggests bias against those who may think “playing hard” simply means going out for drinks all the time or being a 20-something?

Coded language doesn’t even have to sound aggressive or macho to put people off, says Alaina Percival, CEO of Women Who Code.

“Hiring managers often use phrases in job listings without understanding the exact connotation of the words,” she says. “Flashy superlatives such as Rock Star, Code Ninja, Unicorn, and Code Monkey are meant to be positive and upbeat, but they’re actually not respected and can hurt your chances of acquiring talent. This is especially true of women who are often conditioned by society to avoid that kind of pomp and self-promotion.”

It looks like those cheap buzzwords are really expensive.

Even Master Yoda Would Agree 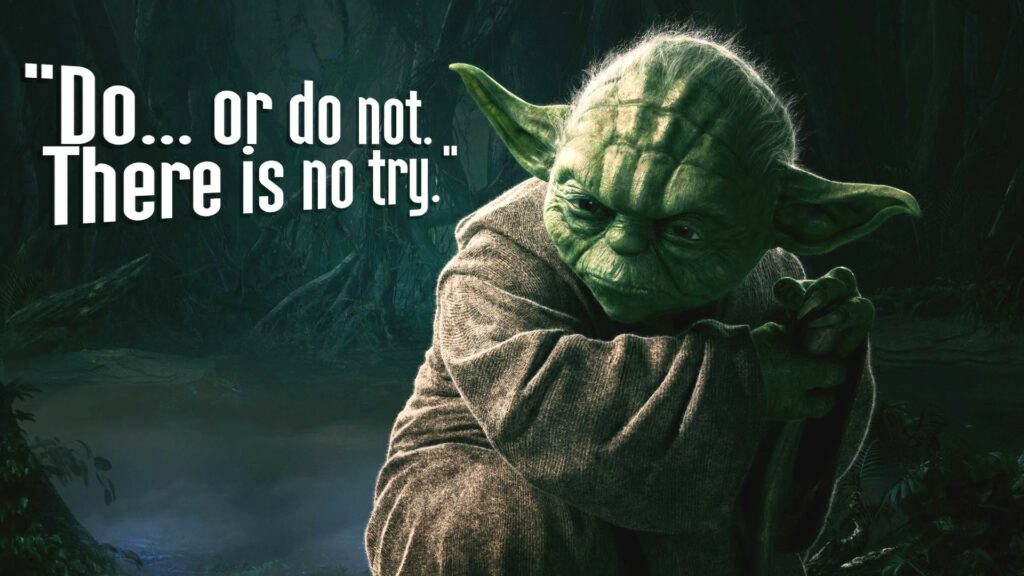 Spicing up a job title with “fun” words like “Jedi,” “Ninja” or “Rockstar” seems like it would make a company appear fun and make talented people want to flock to your tribe, murder, or coven. However, the practice is one that needs to be killed as it creates confusion, cheapens the opportunity, and reduces equality in the workplace.

It’s like Master Yoda says, “You must unlearn what you have learned.” We may have been taught to sell the sizzle, but the best practice is to title your positions accurately and communicate your expectations for each position clearly. Talented people, it seems, want to exercise their talents more than they want to pretend to be Jedi. 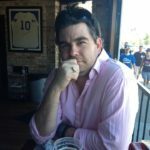 About our Author: Brian Fink

As a member of Relus’ recruiting team, Brian Fink focuses on driving talent towards opportunity. Eager to help stretch the professional capabilities of everyone he works with, he’s helping startups grow and successfully scale their IT, Recruiting, Big Data, Product, and Executive Leadership teams. An active keynote speaker and commentator, Fink thrives on discovery and building a better recruiting mousetrap. Connect with him on LinkedIn or follow him on Twitter @TheBrianFink.

In 280 characters or less, Brian Fink is a Senior Technical Sourcer at Twitter. Obsessed with all things sourcing and recruiting, Fink focuses on attracting open-source technologists who want to build the future!