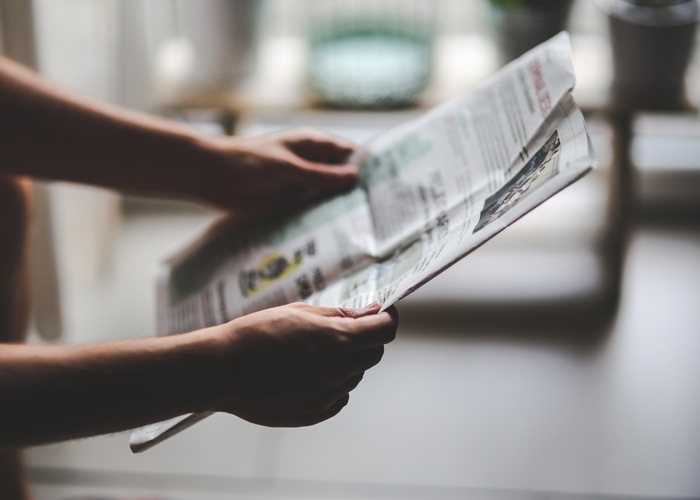 Times are tough in the newspaper business, but I didn’t know they were this tough.

You probably aren’t familiar with tronc, but you certainly know their old moniker, Tribune Publishing. They’re behind such iconic newspapers as the Chicago Tribune and Los Angeles Times. Anywho, in June 2016, the company rebranded as tronc*, Inc. — short for “tribune online content.”

“Our industry requires an innovative approach and a fundamentally different way of operating,” said Chairman Michael Ferro in the launch press release back in June. “Our transformation strategy — which has attracted over $114 million in growth capital — is focused on leveraging artificial intelligence and machine learning to improve the user experience and better monetize our world-class content in order to deliver personalized content to our 60 million monthly users and drive value for all of our stakeholders. Our rebranding to tronc represents the manner in which we will pool our technology and content resources to execute on our strategy.”

If a recent internal email is any indication, that whole “better monetize” thing might be proving difficult.

For those of you who aren’t familiar with Amazon’s affiliate program, it’s pretty simple. Individuals or companies sign-up on Amazon, and promote a specific link that takes buyers back to Amazon. If anyone purchases something from your Amazon affiliate link, you you get paid. The amount varies, but anywhere between 5 percent and 15 percent of a purchase is in the ballpark.

So, if you’re an employee of tronc and use their unique link to make your Amazon purchases and spend $100, tronc gets, say, $7.00.

Businesses – especially the ones as big as publicly traded tronc – talk a lot about doing things that “move the needle,” or things that make a significant difference to their bottom line. There are shareholders to impress, after all, and moonshots tend to impress with promises of growth.

Pimping an affiliate link to employees is whack.

Like, I have an idea, why don’t you develop an iOS and Android app to get your content in front millions of potential readers? Or maybe update your Facebook page more than once-a-year. Awareness and eyeballs might help get your stock heading in the right direction.

Asking employees to use your Amazon affiliate link to do their holiday shopping, so the company can make peanuts on those purchases is totally lame and stinks of desperation. And I won’t even go into what something like this does to employee morale. I can’t see employees getting fired-up about working for a company that does such things.