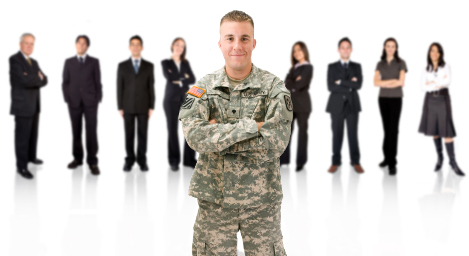 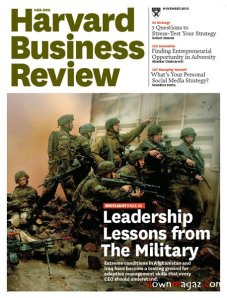 Back in 2010 Harvard Business Review had a special issue largely focused on things the private world could learn from the military.  One of the articles in that issue that immediately stuck with me focused on the different leadership styles that each service cultivates.

The authors of Which Of These People Is Your Future CEO? essentially separated the services into Ground Pounders (Army and Marines) and non-ground pounders (Navy and Air Force).

The article took the position that the Army and the Marine Corps cultivates a spirit of innovation, while the other two focus on standards and process.

This is true at the macro 10,000 foot level, but may not always be the case at the individual level.

The saying “No plan survives contact with the enemy” is certainly a bit cliche, but it’s only cliche because it’s so true. Success in combat is measured by quickly and efficiently accomplishing the mission. Individuals are trained to think about the big picture, process the reality of the situation, formulate, and then execute a plan.

On the other hand, the authors reported that vast majority of people in the other services work in very technical fields maintaining ships and aircraft. These environments stress process.  For example, if your job is to ensure a properly functioning nuclear reactor or to repair the landing gear of an F-16, your boss will not be quick to let you off the hook for “trying something new”.  In this situation, success is defined as the absence of failure. Every time.  Without exception.

Both cultures produce very fine leadership styles based on their environment, but it would be a mistake to only apply them based only upon branch of service.  The Navy also has elements such as Seals and Riverine Boat Units that operate in an expeditionary environment, for example. These units are more amenable to the commanders intent style of leadership. The same can be said for the Air Force Para-Rescuers or ground security forces.  By the same token, a zero defect mentality about safety is as critical for Marine Corps and Army aviation units as it is Navy ships and Air Force aviation.

Personally, I’ve spent nearly 20 years in the Navy, but most of that has been serving in support of the Marine Corps ground forces and I’ve been very happy in that environment. I would not say that my years with the Marine Corps is responsible for my leadership style of commanders intent, but I do think that environment allowed me to flourish the most.  In so doing I was able to exercise the traits that were most natural to me.

Despite my inclination to one style over the other, I still completely appreciate the details of a process and the need for checklists. Organizations need both innovation and standardization.  I  know myself well enough, however, to doubt I would be happy in a job that has, as its primary responsibility, the task of ensuring compliance. Emotional intelligence can be a helpful trait in the job search.

Great things happen when the right person is in the right position.  That is why it’s important that we, as veterans, understand where we best operate then seek out those positions. At every opportunity we should highlight the specific character traits in detail, otherwise we are letting the hiring manager assume we have a particular leadership style and that decision might get made based upon our status as a veteran in general, and may not be entirely accurate.

At the same time, organizations that understand that these differences are not only based on branch of service will have a leg up on finding the right person for the task.  This means digging a little deeper than the HBR article. It means getting to know the intricacies of the job descriptions within each branch. It can also mean finding an exceptional sales leader or an terrific risk  manager. Two positions that require different talents, but both of which contribute to the bottom line success of a private organization.

Hell And Back Again: Commander’s Intent In Action

The video below is an outstanding example of Commander’s Intent.  The clip features the  Battalion Commander of 2d  BN, 8th Marines (my unit) as we went into Helmand Province in 2009. I can tell you that this was certainly not the first time these Marines had heard the idea of bringing the Afghan people closer to their government.  We had spent months training for the mission and that concept was drilled into our heads.

This would be the last time Lt. Col Christian Cabaniss would physically see or speak directly to most of these individuals over the next 6 months. They would face many decisions that would need to be made on the spot, in an environment in which there was no checklist or algorithm to go by and no time to call back and get their plan approved.

Quite a lot of responsibility for a group of people, some as young as 19.  Of course, this is the kind of experience no resume can really capture.

About the Author: Bob Wheeler is currently on active duty where he recruits physicians for the US Navy.  He will be retiring from the service in June of 2014 and has been blogging about his transition process at http://veterantransitiondiary.wordpress.com/. You can find Bob on LinkedIn and follow him on Twitter @sailordoc.