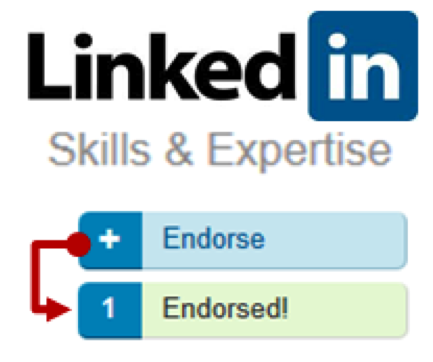 Way back when Skills and Endorsements were introduced (yes, they were announced in late September 2012), I did it myself. I wrote about the Facebook-ization of LinkedIn. Endorsements were frivolous. Recommendations were for serious LinkedIn users and Endorsements were just fluff, confetti to be tossed around and easily gamed. I was one of many people that dismissed it as a poorly thought out attempt to increase engagement on the LinkedIn platform.

Sometimes what LinkedIn does now doesn’t make sense till later

Fast forward to the present: LinkedIn released the new version of their Recruiter platform in Q1 2016. This is LinkedIn’s flagship product, responsible for more revenue than any other, and maybe more revenue than ALL of LinkedIn’s other products put together. You have to think that the product managers at LinkedIn invest a lot of time and effort in figuring out how to improve this product for their most valuable customers. The new version of Recruiter has filters where users can look for LinkedIn Profiles with specific skills – those same skills we laughed at three years ago.
If you are a job hunter, either actively looking or passively open to receiving offers, Skills and Endorsements just became an important part of your LinkedIn profile.

Now, maybe Skills and Endorsements was a happy mistake, something that could be incorporated into the Recruiter product, so it was. But I think the more likely scenario is that it was an experiment, specifically with integration into the recruiter product somewhere down the line in mind.

Endorsements was a feature whose importance and whole reason for being wasn’t recognized for a long time.

Here’s another feature that a lot of people still don’t understand the reason for  anonymous profile views. For a long time, no one knew why users were allowed to be anonymous when they viewed profiles, and LinkedIn wasn’t saying.

Anonymous profile views anger a lot of LinkedIn users, but they make a lot of people happy. Recruiters – remember those people who use that most important product LinkedIn has? Use the anonymous feature and it makes them happy. They pay LinkedIn a lot of money for the privilege. People who complain don’t make this connection or feel that their free accounts matter more to LinkedIn than the anonymous dude’s paid account (yeah, good luck with that).

Another example is all the changes in LinkedIn Groups, which almost no one likes. There is something there, a reason for all these changes, we just can’t see it yet.  We will but on LinkedIn’s schedule, not ours.

I think there is a lesson here: LinkedIn has a road map. We are privy to it in only the broadest sense through what LinkedIn says at conferences or earnings calls. From time to time new features pop up that seemingly make no sense, or features and capabilities disappear or are modified – but all these things serve a higher purpose, one that we will discover somewhere down the line.

So when LinkedIn introduces something that seems frivolous, like an Endorsement feature, don’t roll your eyes and laugh at it. Instead, ask yourself where this could lead. That type of thinking has me looking differently at a couple of other things LinkedIn has done lately. It has me thinking about where LinkedIn could be going, which is a lot better use of my time than complaining about a feature that looks odd on face value. 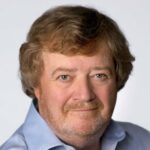 About the Author: Bruce Johnston is sales coach and strategist specializing in LinkedIn. He believes LinkedIn is not all about your profile; it’s not all about being found. It is about being proactive. LinkedIn is a contact sport. He also trains a module on how to search LinkedIn effectively. If you would like to get in contact with him, feel free to reach out on LinkedIn, Twitter or via email brucejohnston115 [AT] gmail.com