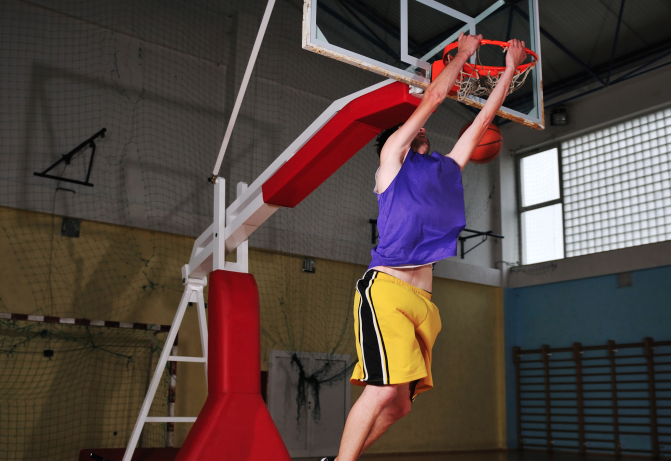 There are things we don’t really talk about that we probably really need to talk about as recruiters.

For example, you’re sitting across the way from a candidate who is sweating profusely.

Let’s rewind to before you realize he’s sweating profusely though. The chap has an awesome resume – maybe he was   even referred to you by a trusted source. You spoke to him on the phone and a five minute conversation was enough for

you to realize that he’s a smart cookie. You’re looking him up on Facebook as you’re chatting. You don’t see anything scary while you’re on the phone so you invite him to meet with you. You greet him in the lobby and notice a slightly clammy handshake. No problem – we all get a little nervous. Five minutes, eight minutes, 14 minutes into the interview, you realize that it’s just not a sheen you’re seeing on his face – he’s sweating. Profusely sweating. And you begin watching the sweat beads roll down his forehead. The sweat has even gathered around his shirt collar which almost appears as if it is bleeding with the top half of his collar, the part touching his neck, darker than the rest of his collar because of the sweat dripping off of his noggin. (As I write this, I’m thinking in particular about this one candidate who was wearing a red collared shirt. The visual was made even worse as a result.)

With this sweating candidate, you take a quick break to look away from him – maybe you look down at his resume and out of corner of your eye, you see him quickly trying to wipe the sweat beads away. Or maybe you stop at another point to look at your computer saying that you need to look at the schedule to double check who he is to meet with after you – and in the reflection of your monitor, you can see that he is fanning himself with his papers. He knows that he is a sweaty mess. You know that he’s sweating. And pretty much, it’s at the point where it’s no longer possible for the situation to not be awkward. He’s uncomfortable, you’re a little grossed out. So at that point, what do you say? What are you supposed to do?

I’m a nice gal, for the most part. But I don’t like looking at people with sweat beads rolling down their foreheads. Neither do you. And it’s highly likely that your hiring manager isn’t going to like it either.  But your inner HR angel says it’s wrong to judge. Maybe the sweat is related to a health condition, which takes you down the path of whether you’re discriminating against him. At which point, you have a few options:

a) Let him flounder, sweaty mess and all.
b) Hand him a tissue.
c) Ask him if he wants a break for water or the restroom.
d) Abandon ship and call it quits. You can’t have a sweater working for you.
e) Fill in the blank…

Thousands of interviews under my belt, I still am stopped in my tracks when faced with a profuse sweater. Depending on the person, I might go for option c, d, or e… but it’s never not awkward, folks. At least for me. But I will say this wholeheartedly – these are the kinds of things we need to discuss. As recruiters, there are lessons I think we need to pass down to junior recruiting pros including the exit strategies we’ve devised over the years. (There’s that good ole.. “I think we have some scheduling difficulties. Crap! No one else can meet with you today! I am so sorry!”)  And for candidates,… well, the truth hurts sometimes but what hurts even worse is you not getting a job because you don’t realize how distracting and off putting something seemingly simple like sweat can be. I’d rather you be embarrassed as you read this, learn from it and land that job because the alternative is you sitting there clueless about what went wrong in your

Jessica Lee is an Employment Manager for APCO Worldwide, a global PR firm in D.C. Like most upscale HR pros, she spends half of her time on recruiting, the other half on ER, Training and OD.  When she’s not hammering a candidate to determine Motivational Fit, she’s updating her spreadsheet to determine her lifetime “time to hire” and “cost per fill.”   See Jessica’s Riffs and Rants on Fistful of Talent by clicking here…