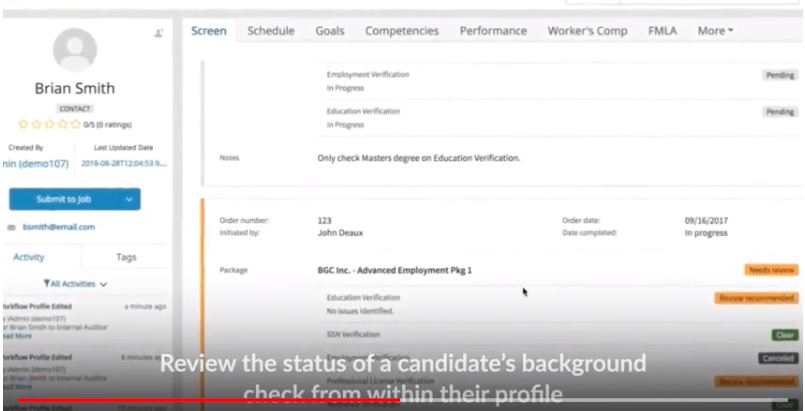 Employers can now order background checks, keep an eye on their progress, and view the results within the iCIMS platform. Candidates are prompted to electronically sign for permissions and add any needed information. This video gives you a brief overview.

“As we looked at the initial background screening solutions to be ‘primed,’ we knew First Advantage with 4,000 employees across 26 locations had the breadth and depth to embrace our next-generation solution,” iCIMS CTO Al Smith said, in the announcement. “Our shared clients will benefit because it eliminates the need for recruiters to switch between systems, streamlines their recruiting process and ensures candidate data compliance.”

In a study of 2,500 employees and job seekers in the U.S., UK, France and Germany Vanson Bourne researchers hired by recruitment services firm HireVue found disturbing lack of effectiveness among some employer pre-assessment tests for job candidates. According to the survey, two of every five new hires found they had the wrong soft skills for the job they’d been hired to do, and 53 percent later left the company for that reason. Those 53 percent stated that the hiring process format had prevented them from realizing the mismatch prior to accepting the job offer.

“This study demonstrates a real urgency for organizations to reimagine their approach to identifying and retaining the best talent for the job,” said Clemens Aichholzer, Senior Vice President of Game-Based Assessments, HireVue, in the announcement. “This becomes even more critical when you consider that candidates are often customers, and their interaction in the hiring process will impact how they engage with the brand in the future. Indeed, according to our research, over a quarter will engage more with the company on a personal level after a positive assessment experience. 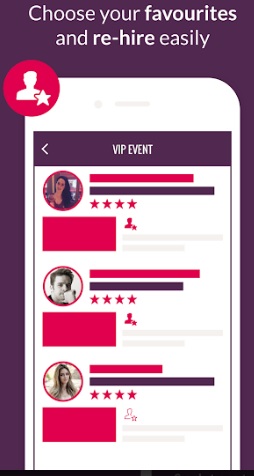 Switzerland-based on-demand staffing platform Coople plans to expand services in Switzerland and the UK thanks to its latest $21 million funding round. This brings its total funding to $45 million. Latest investors are One Peak Partners, Goldman Sachs Private Capital, and Harbert European Growth Capital.

Founded in 2009, AI-powered Coople finds temporary staff for employers who need to hire on short notice. HR managers can plan hiring, recruit, manage their workforce and process payroll with the Coople platform. With the Coople mobile app, for IOS or Android, recruiters simply create their profile, post a job and set the salary, then start choosing candidates from its database of 310,000 workers. They can create a personal pool of favorite candidates.

A whopping 98 percent of all jobs are filled within four hours.

14,000 businesses and events that include Deliveroo, Four Seasons Hotels and Resorts, and Formula 1 Grand Prix have hired temporary staff on the Coople mobile-focused platform.

Coople founder Viktor Calabro has stepped down as CEO, to be replaced by Rinaldo Olivari, previous UK managing director. Anthony Vaslin, the company’s new COO, had been managing director for Switzerland. 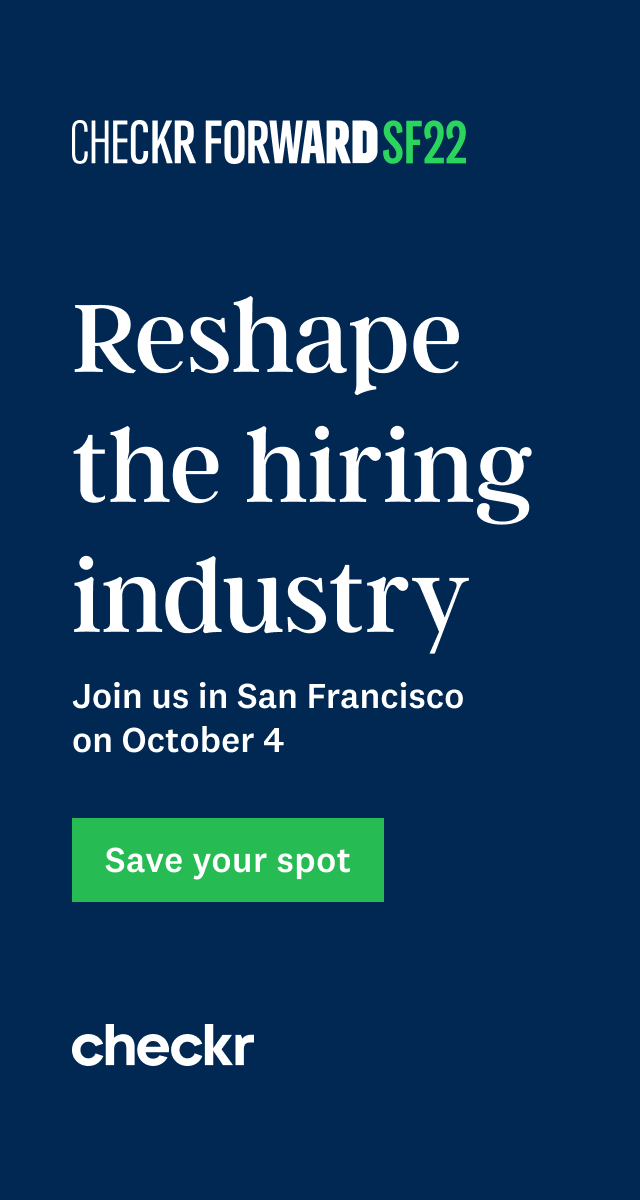