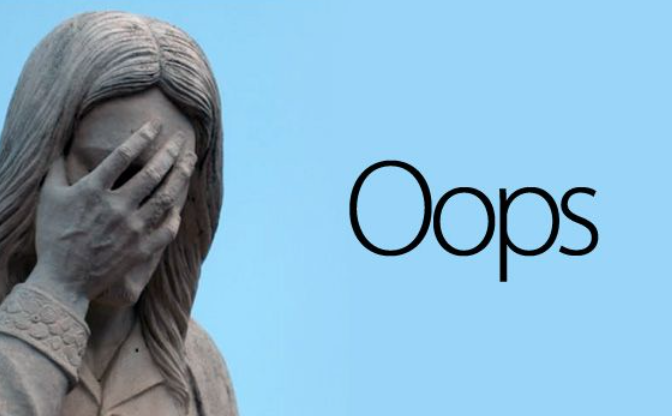 As the dust settles post Ashley Madison hack, it has left quite a few people with a public relations problem. Having worked on PR teams before, I can imagine there were a lot of publicists for the rich and famous searching for their clients in the database to try and get ahead of the story. See, the thing about PR people depending on their role, but especially when their client is in the public eye, is that they always want to be ahead of the latest headline. Knowing what you’re up against is half the battle.

If you’ve never experienced a publicist in real life, think of it like the role of Olivia Pope on Scandal. The one question her gladiators always asks, regardless of who the person happens to be: “is there anything else I need to know.” And every time someone withholds information, there’s a vicious backlash and an inordinate amount of coaching that has to happen to make sure they’re playing the right cards to win the favor of the public back.

The goal on the show and every day for PR is to only have one negative headline, not a rolling headline – where your client is on the homepage of every TMZ-esque site for weeks at a time. Why does that matter? Well, it’s easier for someone to come back from a one time issue and seem sincere in an apology and their intent to do something better if you can’t prove a track record of fucking up. It honestly just makes it worse to have a new story every week.

Case and point: Josh Duggar. He has easily fallen the farthest of the names leaked. In fact, I feel for their publicist – even if I have to assume that he or she is a conservative bigot for ever signing on to do publicity for a family who got famous for skimping on birth control and supporting overly conservative organizations. It’s safe to say that publicist and Josh have had the worst last few weeks. To begin, a police record was released from many moons ago that revealed Josh inappropriately touched several girls, including two that were his own sisters. That’s disgusting but somehow, someone convinced these girls to go on the Today show and tell they world – to quote 2Pac – I ain’t made atcha. I wanted to throw-up writing that because I have to assume that convincing, of course, was the job of their publicist. A disgusting, awful human-being of a publicist.

But, the downward spiral didn’t stop there. Shortly after this news started to settle down, Josh’s name was found in the Ashley Madison hack. Suddenly, the world realized he wasn’t a boy who needed forgiveness but a man who made a mistake the general public wouldn’t condone. How cheating on your wife is worse than sexually assaulting young girls is beyond me but if you’ve read any of the Facebook or blog posts released by family members, that’s really what sent his in-laws and siblings over the edge.

The latest update? Josh is now in rehab trying to atone to his sins. I, of course, just stopped to sing a little Amy Winehouse in my head because I’d bet Josh said “no no no” to heading off to rehab. Fun fact. Rehab? Most likely a publicist’s idea too. It’s their job to find a way to bring Josh and the family back into the limelight and rehab is perceived as him putting effort towards fixing himself.

Besides making it obvious to all of you that I read a few too many trashy magazines, I do have a point. HR, too, has a PR problem.

HR has a PR problem.

Now, to be fair, this is not a Josh Duggar kind of PR problem, but a PR problem no less. HR is perceived as less of an industry of choice and more of an industry of annoyance – at least that’s word on the street. I’m not saying it’s fair, but it does exist.

Over drinks at HR Florida just a few weeks ago, I was sitting with a group of people who either managed HR or currently work in HR and let me tell you – even their opinion of the community was bad. From the general comments on physique (“why are most HR ladies fat and white?”) to diversity questions (“wait, where’s the diversity?), it was pretty obvious to me – the outsider – that HR doesn’t even have a good reputation amongst their own. At least the conservatives rally together to protect their own. HR? Not so much.

And much of the underlying issue, at least it appears to me, is how HR talks about their role to each other – and how that translates to the rest of the company.

See, a public relations problem always starts with perception. When I started my career, I thought HR was a confidential resource, a confidant, the person who knew everything and could help me build my career. In fact, I’d say I thought of them as the center spoke. HR helps people get great jobs and changes lives. It’s the only function in the business that’s solely dedicated to building great cultures and great teams while the rest of us benefit from their labor. I thought HR has tact, grace and elegance. They know how to manage people and can help everyone in the organization to do better. I have worked with a few HR people who have absolutely met that expectation but I’ve switched companies and HR reps often enough to know that broadly, this just isn’t the case.

Rather, HR is widely known as an annoying babysitter of sorts. While appreciated by senior leadership – the “parents” of a company – as kindly taking care of the dirty work and keeping jobs filled and “best place to work” awards filling the walls, the kids aren’t so complacent. I’m sorry, we all really do appreciate that you are getting our benefits set up and direct deposit but generally, I know that talking to you is trouble. If we’re talking more – that’s a bad sign.

And who really likes talking to the annoying babysitter anyway? No one. The reputation is also associated with being a gossip and no one wants their business spread around. I’ve even overheard an HR team gossiping about pending layoffs. HR departments have dug a bit of a hole for themselves and nowhere is that hole bigger than when it comes to the people “at the table.”

HR’s “Seat At The Table”

While the “seat at the table” concept itself is a little cliche, it’s still a concern for these leaders – so let’s get right to it. The bottom line reason I believe HR is not getting their seat at the table is because between all of that gossip and gab, you’re not speaking the language at the table – data. This came up in my bar banter from a former VP of HR. I’m not naming names because I would hate for her boss to read this and cause any trouble but she knows who she is.

So, let’s call her Sally. Sally was a VP of HR until they started doing cuts at her last company and voila – there she was without a job. A year after the layoff and a lot of travel to see her siblings and kids, her dream job came on the market. This job was working for people she used to work with and a 5 minute commute so she applied and accepted the job – but it was a manager role, which means she would now report to the VP of HR. This VP of HR of course had to make sure that her new subordinate would be, well, subordinate and luckily, Sally passed the test and was hired.

Now, this was all well and good until the senior leadership started asking Sally, not her boss, for advice. The VP’s subordinate test did not work and the frustration was building. Finally, a few months into the job, her new boss moved past a series of passive aggressive moves to ask Sally how she already had a seat at the table. And Sally’s answer was exactly what inspired this post.

[quote]“Stop asking for a seat and start speaking their language. No one on our executive team measures anything in warm and fuzzies.”[/quote]

Sally went on to say that metric she brings to every meeting to make sure she’s heard is also the biggest part of the company’s operating budget – payroll. Every week, she brings data about payroll. And if you work in a company where payroll isn’t your biggest expense, I’d be surprised. You, HR, control more budget than anyone else in the business yet you’re still wandering around asking how you get a seat at the table and what data you have to make people think you’re important. You HAVE a seat at the table. The people with the cash will always have a seat at the table and you need to start acting like it.

An expert in marketing analytics and automation, Kibben is an accomplished writer and speaker whose work has been featured on sites like Monster.com, Brazen Careerist and About.com.

A graduate of Pennsylvania State University, Kibben is actively involved in many community and social causes – including rooting for her hometown Pittsburgh Steelers.