Membership
Home / Articles / HREvolution: The Unbearable Lightness of Being Together

HREvolution: The Unbearable Lightness of Being Together 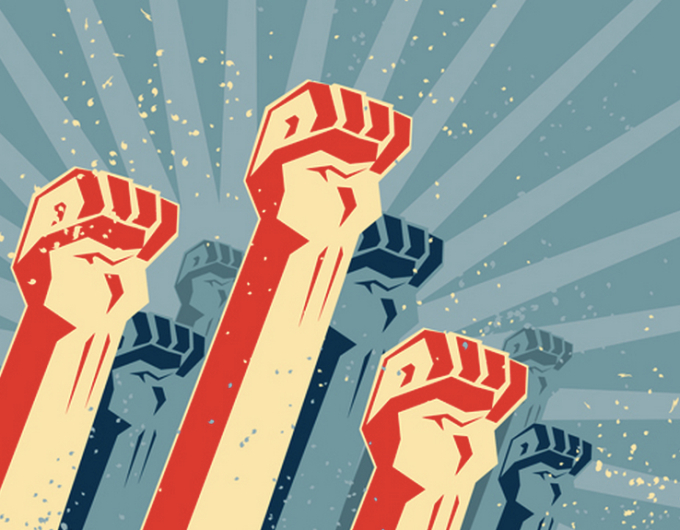 HREvolution, the annual family reunion for the cool kids in HR and recruiting, descended on Dallas last week, bringing with it its usual unique mix of veteran attendees, curious first timers established influencers, HR up-and-comers, social media ne’er do wells, a unique melange that’s always something of a microcosm of the HR and recruiting industry as a whole.

The 2014 edition, hosted at the headquarters of Symbolist (who it’s only apropos to give a shout out to, considering their leadership in the rewards and recognition space) lived up to the name – and reputation – that makes HREvolution such a revolutionary event.  In the course of a single day, ideas were inspired; stories were swapped; hugs were collected; batteries were recharged and conventional wisdom was challenged. It was, as expected, an epic event.

The interesting thing about HREvolution is that despite the diverse mix of participants, presenters and pundits, there’s no category for the occasional attendee.  After all, years of experience have taught us that, when it comes to HREvolution, there’s no such thing. Because once you’re part of HREvolution, you’re part of a legacy – and family – that continues to grow every year. The only other category I might have left out is those who, for one reason or another, were reluctantly missing.

Every year, there’s a short list of names whose absence is conspicuous – and their presence missed. This year, for me, the two most painful were Steve Browne, the happiest guy in HR, and Recruiting Daily’s own Matt Charney, who, let’s just say, sits on the other end of the spectrum as a perfect counterpoint to Steve’s always upbeat and optimistic outlook.

That’s the special thing about HREvolution, though – that pull that keeps attendees coming back every year, driven by a constant nagging doubt that missing out means missing something special. This has little to do with the actual agenda (although the sessions were unilaterally innovative and challenging, consistently delivering content of a caliber that no other conference (un or otherwise) consistently delivers.

Obviously, it’s not about getting to go to some exotic location – not that there’s  anything wrong with Dallas, if that’s how you choose to live your life, y’all. It isn’t about the epic sponsored parties that lead to epic, unforgivable misbehavior – although it did lead to two attendees introduced for the first time at an earlier edition who hit it off so well that they were eventually married at a later HREvolution – which should say something about the kind of bonding that goes on at this particular event.

That’s because, to me, HREvolution is all about what I consider the finest minds in our business coming together to aim their collective intellectual firepower at some of the most pressing, or most pertinent, challenges facing our industry – and doing so without any agenda other than wanting to challenge the status quo and change the world of work. At any other event on the crowded HR and recruiting calendar, we all go about our respective roles – whether that’s as an analyst, vendor, practitioner or the occasional trespasser.

At those events, we’re forced to steal away a few fleeting moments to connect beyond those rigidly defined professional identities. A quiet meeting for coffee early in the morning, stepping away from a sponsored party’s noise for a sidebar conversation on a balcony, or even sharing a hotel room with a friend simply to ensure that you’re able to see each other during the course of the craziness inherent to your average HR or recruiting conference.

We’re forced to squeeze these personal interactions with the people who actually matter to our lives so that we can concentrate on our professional obligations, and while we accept that, there’s always some concern that maybe, just maybe, our priorities aren’t exactly straight.

That’s because, well, HREvolution is the opposite. Expo hall or vendor booth? No such thing. There’s no casual exchange passing in the hallways, because normally there aren’t any hallways to be had. Attendees are encouraged to not only jump from session to session at any moment, but there’s also no expectation or pressure to attend the sessions at all.  Because interpersonal connections, at its core, are the content of the conference.

This year, I sat about 10 feet away from Bill Boorman’s presentation (which, from what I could hear, was fantastic) and spent an hour catching up with William Tincup, Jason Seiden, Trish McFarlane and a few other old friends with whom face time is usually all too fleeting. And if anyone wondered why, exactly, this group of people was clustered around a table instead of sitting through a session, than anyone in the house knew that they were welcome to come on over, plop down and be welcomed into the conversation. That’s the element that no other event I know can deliver – and ultimately, the most revolutionary part of the entire HREvolution ethos.

HREvolution isn’t about learning best practices or racking up continuing education credits; it’s not about generating leads or doing demos. It’s about reconnecting, recharging and reinvigorating.  Of course, the biggest drawback is the week that follows – and, I’ll admit, I’m having a little withdrawal. To go from an intense two day love fest to the solitary life of shuttling between airports and living out of a suitcase can be crushing, and, frankly, a little lonely. Which, in this business, is unfortunately business as usual.

The good news is that luckly, the HREvolution family just so happens to include some of the most socially active and constantly connected people on the planet. And maybe that’s the real takeaway. In so many ways, HREvolution is the physical manifestation of social media (where most of us met), an IRL version of the interactions for which social, while a poor substitute, must suffice for the rest of the year.

But HREvolution serves as the annual reminder that no matter where in the world of work we happen to work, how many countries we visit or conferences we attend, no matter how long we suffer the solitude of our professional responsibilities silently, that we don’t need to do so alone – and never have to, for that matter.  We are a family with plenty of love to share, and those ties that bind us transcend space, time and the daily obligations that make us lose sight of the humans that matter most in human resources.

Try to find another conference that can deliver on that value proposition. And when you inevitably fail, here’s my advice: go ahead and book your ticket for next year. I’ll see you there.

About the Author: Dwane Lay is the Head of HR Process Design for Dovetail Software, a leading provider of HR case management and employee request management. With over fifteen years of HR and leadership experience, he has helped numerous organizations overhaul their practice, processes and technology. He also presents a variety of topics to professional audiences and is the author at DwaneLay.com.

He is recognized as a leading authority on the application of Lean tools and techniques in Human Resources, as well as having a wealth of experience in applying business technology to improve HR processes. He is a well known presence on the HR social media landscape.

Dwane holds an MBA from Lindenwood University, as well as having earned a Six Sigma Black Belt and is a certified Senior Professional of Human Resources with HRCI.