How Employers Can Make Paying It Forward Pay Off 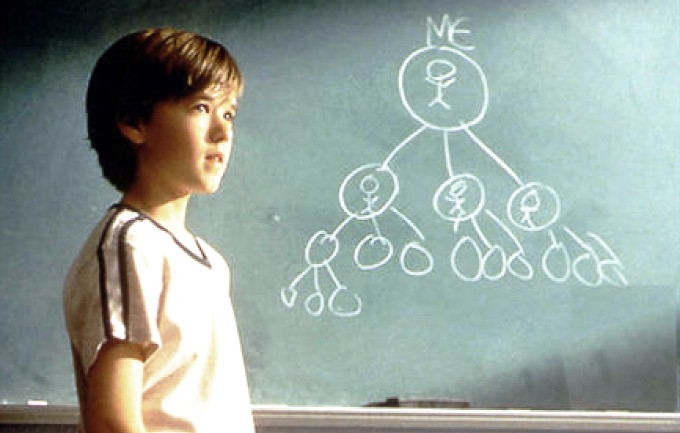 From setting aside a day for talking like a pirate to celebrating the Golden Ratio every 3.14, it seems like pretty much the entire calendar has somehow been co-opted by some sort of commemoration or cause. April 30 is no exception.

Today, people all around the world will mark one of the most inspiring and important of these annual events: “Global Pay It Forward Day.”

11 US states, 6 provinces and countless municipalities have joined with countless individuals in 70 countries to officially recognize this grassroots effort, which encourages people to perform three good deeds for others without asking for anything in return.

Instead, recipients of these random acts of kindness are instead encouraged (although absolutely not required) to pay it forward by repaying the favor to three other people, creating a ripple effect with a potentially enormous impact.

The philosophy of paying it forward (hereafter ‘PIF,’ for brevity) is rooted in antiquity, with selfless acts celebrated in the culture and traditions of societies throughout the entirety of human existence – the Hebrew Torah, in fact, recognizes ‘anonymous charity’ as the highest form of good deed. Even the phrase itself has been around for quite a while, now, with “pay it forward” first appearing around the turn of the 20th Century, a slang term whose staying power suggests just how universally important this idea is embedded into our ethos.

The idea of a global day dedicated to PIF has a history of its own, too. The idea originated with Australian Blake Beattie, who was inspired by the novel of the same name by writer Catherine Ryan Hyde, who, in turn, based the high concept for the story on a popular aphorism that began as a bumper sticker campaign concept: “Think Globally, Act Locally.”

Which, of course, is good advice for employers, too.

Why Employers Should Pay it Forward

It’s not hard to see the impact an individual can make when performing three good deeds for strangers, starting a PIF snowball that exponentially spreads the love from those original three people, who do something nice for 9 people, who then do something kind for another 27 more, and so on. Now, imagine the effect this would have if entire organizations started to implement this idea, starting with their own workers.

Yeah, I know, it sounds nice, but probably a little overly optimistic and maybe a bit cheesy, even.

After all, thanking your employees just for doing their jobs sounds suspect to many organizations, but putting energy into creating a PIF culture should be a challenge every employer embraces for two simple reasons:

That’s a business case that’s pretty hard for anyone to argue with, particularly since PIF can pay off big.

The first reason on that list seems pretty self-explanatory, but as far as easy goes, here are 5 surprisingly simple, unexpectedly easy ways to make paying it forward part of your company culture today.

If you want employees to have a positive experience, then it’s important to foster a company culture that embraces positivity, too. An example of one employer doing just that is Austin, TX based retailer Whole Foods, a company celebrated for its core values, which are at the heart of its widely celebrated corporate culture.

The core value statements used by the company include words such as “celebrate,” “love,” and “joy,” which shows the extent to which the company is committed to creating a positive environment for employees and the customers they encounter every day. These value statements are taught and reinforced to every worker – and make accentuating the positive just part of what it means to work at (or shop) at Whole Foods.

If your mission statement, vision or values don’t pack the same powerful punch or send a similarly positive message, then it might be time to consider refreshing these to focus on expressing this value – and plan out how each area of your business can get the most value from those values.

Regularly ask employees to share stories related to these upbeat attitudes, and make sure to showcase the best of these in employer branding collateral and internal communications – it’s a great way to show the value of PIF in action using real stories and real employees.

In today’s constantly connected world of work, sometimes the greatest gift employers can give their workers is the gift of silence. Many companies are increasingly putting policies in place prohibiting managers from e-mailing their direct reports or even checking their business accounts after the business day is done. This simple step lets employees and staff recharge and reduces many work related anxieties and stressors due to the fact that everyone knows that there’s no expectation for answering work e-mail after hours.

The German employment ministry is leading the way on instilling this best practice by banning its managers from calling, emailing or requiring any work of staff after hours whatsoever except in the case of true emergencies. This policy has been adopted by several other major German multinationals, such as Puma, BMW and Volkswagen, where worker productivity actually increased as a result.

Forget those bi-monthly pay periods of the past; instead, consider giving your employees access to their salary as soon as they complete their work. This act of gratitude costs nothing from a P/L perspective, and is easier to implement than most employers might think.

It also makes a huge impact on the daily lives of your workers, who no longer have to worry about making ends meet while they wait on a check for work that they’ve already done. They’ve earned it, after all – why not give it to them as soon as possible?

Companies like Mixt Greens and Kennedy Painting are among many employers who have instituted this payroll policy; in these cases, these companies rely on specialized software to manage these programs, a growing category that makes this simple step even easier as this trend continues to grow thanks to new tools and technologies that are inexpensive to implement but make on demand pay pay off every time.

Sure, most companies give employees Paid Time Off (PTO) as a rule; this is typically accrued in annual increments, and can take a year or longer to take effect. That’s why you should consider offering Volunteer Time Off (VTO) to all new hires as a perk that kicks in immediately. This not only gives workers an inspirational way to recharge by giving back, while also reinforcing your company’s commitment to corporate social responsibility and community outreach.

VTO could be used for things like incentivizing employee turnout at a community event or giving them a few hours off to volunteer at a local non-profit of their choice – or getting every employee involved in an enterprise wide initiative so that these can activities can help build community internally, too.

By giving employees time to give back without giving up PTO to do so, VTO has proven a great recruiting and retention tool at companies like Caesars Entertainment, whose employees paid it forward by distributing energy efficient lightbulbs on Earth Day, to a division of Honda whose book drive proved so popular that it spawned an entire VTO program which allows employees to take time to go read these books to local elementary school students, too. And they all lived happily ever after.

5. Create Your Own Pay It Forward Day.

If you’re a little late to participate in today’s International Pay It Forward Day, don’t wait until next April 30 to start promoting this concept to employees and planning for next year’s big day with a few practice runs for employees in the interim.

Promote these days in official HR and employee communications like handbooks and calendars, on collateral in company breakrooms and communal spaces, or share the link for workers to register and be officially counted as participants so you can see how your PIF efforts over the next year pay off. You’ll be surprised.

OK, so it’s the right thing to do, and easy to do, too, but a side benefit many employers realize from creating a PIF company culture is that it actually increases long term business and bottom line performance, too. The aim of PIF sounds soft, starting a ripple in kindness and productivity, but various research studies Wharton School of Business, University of Warwick, University of Michigan) have shown that kindness and positivity have a direct, measurable impact on employee productivity.

Which is pretty powerful proof that paying it forward pays off.

About the Author: Ram Palaniappan is a financial tech entrepreneur who previously ran RushCard and pioneered direct deposit onto prepaid cards as an alternative to check cashing. Under his leadership, RushCard helped more than a million Americans deemed “unbankable” by the U.S. financial system. He took the company from being an experiment in an emerging industry to a mature business with private equity investment.

Ram is onto his next venture – Activehours – which is building an innovative new way for workers to get their pay.