Membership
Home / Articles / WHAT IS THE GEEK CODE? (and why should Recruiters care?)

WHAT IS THE GEEK CODE? (and why should Recruiters care?) 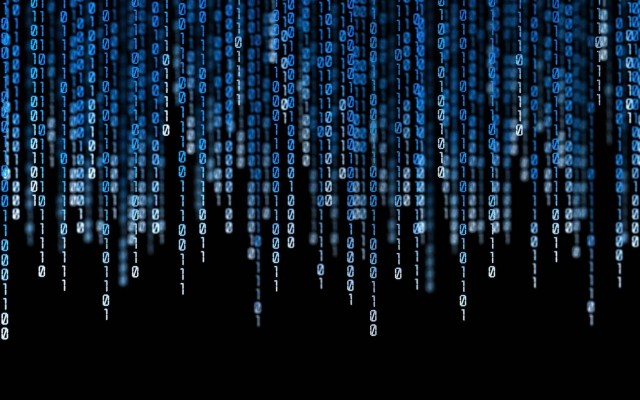 WHAT IS THE GEEK CODE? (and why should Recruiters care?)

Okay, so I’m flipping the channels late one night and I come across a Spanish soap opera. I do  not speak Spanish, but from what I could tell somebody was cheating on somebody else and the

main body was just getting home. Panic struck the couple and amid the hurried dressing and last minute kisses, someone said, “See you later.”

And I said, “Hey! I understood that.”

For a moment I thought I had mastered the Spanish language purely through osmosis and the mass consumption of Taco Bell burritos; but such was not the case. All of the characters began speaking Spanish again and I was back to looking at the actions and facial expressions of the people on the screen. As I observed all of this, I thought to myself, “Self, this is just like recruiting.”

After a while all of the emails from recruiters begin to sound the same and the Software Developer does not “hear” them anymore. Instead, he (or she) looks for something in the email that speaks to them directly; something that either meets their immediate interest or persuades them to read through the entire email. For example, check this email out.

Now I will wager that this is how most people read unsolicited email, unless the content is compelling and/or elicits an emotional response to action; otherwise, a quick delete is exercised. Now imagine if there was a way to create an email that was so intriguing to geeks that they not only responded, but forwarded your email to their peers as well. Sound too good to be true? One may think that if they did not have access to� “The Geek Code.” (insert dramatic music here)�

The Geek Code was created by Robert Hayden in 1993 as a means of self-identification for geeks. With just a few lines of (seemingly) indecipherable code, a geek could proudly proclaim his 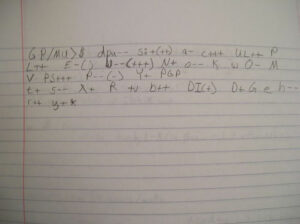 interests, his technical prowess and grant insight into his personality. In a very real way, it was like social networking, but without signing up for anything. (Umm� kinda’) For example, review the following Geek Code below:

Translated, the above code identifies the geek who wrote the code as:

And this is only a portion of what the code means! To decipher the entirety of this code would make this post a WHOLE LOT LONGER. The Geek Code encompasses multiple facets of Geek life to include: Appearance, Computer knowledge, Politics, Entertainment and Lifestyle.

So what would people do with their Geek Codes? They would add it to their email signature lines, hide it in the source code of technical projects or post it in forums when debating ideas. What happened next? Initially The Geek Code was an instant underground phenomenon that only geeks were privy to; eventually the popularity of the code forced itself into the mainstream (somewhat). In 1995, The Geek Code was mentioned in Fast Forward, Boardwatch and The Washington Post.

Although the mainstream notoriety waned, The Geek Code continues to exist (in some capacity) among geeks online in source code, the occasional blog entry and in forums. Here are a few examples:

After discovering The Geek Code, two things immediately came to mind. First, I have a means of tracking geeks based on their Geek Code (more on that later) and should I decide to contact them, I have free access to who they are as a person. (Imagine how much easier building a rapport would be with this kind of insde info on a candidate?) Second, I have a way of breaking through the clutter of email and getting geeks to identify with me and vice-versa. For example, remember the email example I used before? Let’s review a new and improved email, powered by The Geek Code.

“Wow! I’ve never received an email from a recruiter that knows and understands the geek code. Maybe they do “get it.” I’m going to reply to this email for sure and just for giggles, let me send it to a few of my pals.

Dude! Can you believe this? This recruiters is hip to the geek code!!! Who’d a thunk it?

So maybe I am being overly optimistic? With email being so cheap to send, what’s the harm in trying it out?

Jim Stroud is a “Searchologist” with an expertise in the full life-cycle placement of Executive and Technical personnel, Recruitment Research and Competitive Intelligence. He has consulted for such companies as Google, Siemens, MCI and a host of start-up companies. During his 3-year tenure with Microsoft, he served as a Technical Sourcing Consultant and was a regular contributor to Microsoft’s Technical Careers Blog. He is presently a Social Media Development Manager for EnglishCafe – the premier English learning community for global professionals.