Don’t Laugh, Robots and Algorithms are Coming to Recruitment in a Big Data Kinda Way 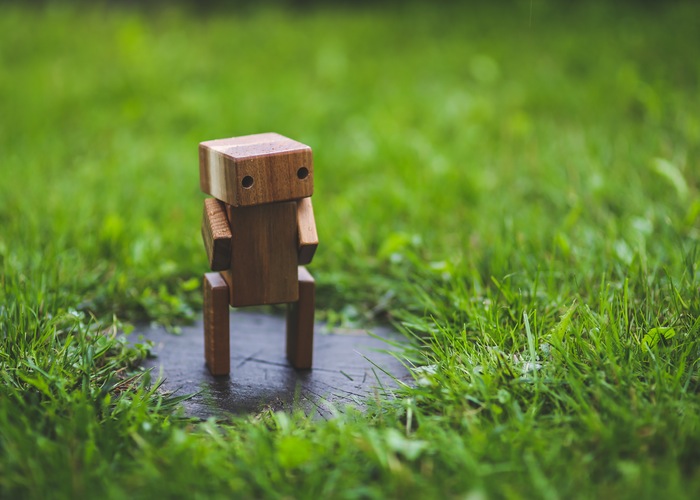 The experts would have us believe our jobs will soon be taken by intelligent machines. A study from the Oxford University suggests that within just the next two decades around half of the jobs in the US could be performed by computers, and three quarters of workers in China will be replaced by robots.

Even as the machines take hold of workplaces around the world many recruiters feel their jobs will be safe from the technological takeover. After all, it takes human interaction to assess a candidate and a deep knowledge of the company to choose who would be right or the job.

The confidence is actually a bit misplaced. As there continue to be improvements in predictive analytics there are more headhunters and companies using algorithms in their recruitment process. There is a clear appeal to these tools; a mechanical recruiter could sort and filter hundreds of job applicants in just a few seconds; scanning CVs and cover letters to find keywords and skills.

As well as expediting hiring robots can be used to create a truly diverse workplace. Robot recruiters will judge people without any kind of unconscious bias. There is also research to suggest that there could be potential long-term benefits to robot recruiters, as well as these obvious short term benefits.

A study by the National Bureau of Economic Research (NBER) shows that employees who were selected by a machine stuck with their job for longer and perform better while working their new job. The NBER researchers looked at a sample size of 300,000 employees from 15 firms employing low-skilled service sector workers. The researchers looked at how long employees chosen by an algorithm stayed in their job compared to employees picked by a human recruiter. It was revealed the study that computer-chosen employees lasted an average of 15 percent longer than their human-chosen co-workers.

NBER then looked at a subset of 62,494 workers to determine their productivity. They measured productivity by how many calls an employee completed or data items they entered. The results showed that worker productivity was increased by about 8 percent as a result of algorithmic hiring.

This evidence could be all it takes to convince a forward-thinking company that predictive analytics plays an important role in recruitment. As there is more pressure than ever to increase diversity in the workforce for global companies, computer algorithms can be instrumental in ensuring that the hiring system is a fair meritocracy. While a manager could be swayed by a particularly charming candidate, and pick a candidate that reminds them of themselves, there is no psychological depth to a computer. They are unable to make these kinds of biases; consciously or unconsciously.

One of the primary reasons that there is a discrepancy in the number of women in male-dominated fields is because women don’t even apply; feeling that there is no point because they will be discriminated against based on their gender. If they were to feel that the process is going to be completely objective and that their gender isn’t even going to be a factor then they will be more likely to apply and reduce the gender divide.

If an applicant knows and understands that their CV and cover letter will be assessed through neutral algorithms then there could be more women and ethnic minorities who are willing to apply for jobs they might have otherwise avoided out of fear of discrimination and bias.

The Aversion to Algorithms

While there is a lot of evidence to support automating the recruitment process there are still managers who have an aversion to algorithms.

This is because people tend to overestimate their own ability to predict how people will perform. If something feels right to us then we believe ourselves to be right, even if we’re wrong. Managers understand that hiring decisions are some of the most important decisions a manager can make. So it’s really quite understandable that they would be reluctant to hand power over to a machine.

While it has been shown how efficient, accurate, and cost-effective these robot recruiters are they still have some flaws. Back in September LinkedIn found themselves in hot water when they were accused of having a gender bias with their search algorithm. The Seattle Times investigated the website and found that when they were looking to hire a female the search results would include men with similar names.

So if you were to search for someone called “Stephanie Williams” then LinkedIn would suggest a male candidate called “Stephen Williams”. LinkedIn have now fixed the glitch but the incident shows us that perhaps algorithms might not be free of bias after all. If these algorithms were to harbor unconscious bias after all then there wouldn’t be much of a difference between man and machine after all.

As well as the problem of malfunctions, many managers are also against algorithms because they perceive them to be limited. Predictive analytics could indeed be used to find great call centre staff and data entry clerks, it’s also true that they could be restricted to just low-skill service sector hiring.

That computers see things in black and white is hardly helpful for a creative company looking for new talent. Creative industries value the ambition and originality of their staff, and these are not measurable by computers that use numbers and figures. So it would seem that human recruiters keep their edge over machines in creative sectors where the candidate will display the necessary qualities more in an interview than on a resume.

It would also be a little misguided to do away with personality entirely within the hiring process. For a workplace to succeed there needs to be human interaction based on a solid foundation of social skills. Candidates will need to be a good fit for the company for everyone to thrive. While it is important to consider personality it is up to recruiters to ensure they judge the characters of people fairly.

While personality is important it is only super important if it becomes something relevant to the job opening. Recruiters should make decisions about the social skills and personality of a candidate, but they should also understand what role, if any, these qualities have on how the person will perform at their job.

As the evidence continues to support the idea of hiring through algorithms, managers are finding themselves torn between using their guts or their computers. A fully automated hiring process is probably still a long way in the future, but it does look like predictive analytics will change the way recruitment works.

A company can consider combining the judgement of both human and computer to tackle the aversion to algorithms. This would involve a hybrid process wherein managers and computers will each choose their own crop of talent, followed by comparing the two pools for any crossover to find the perfect candidate. This mind and machine combination could very well be the future of hiring.