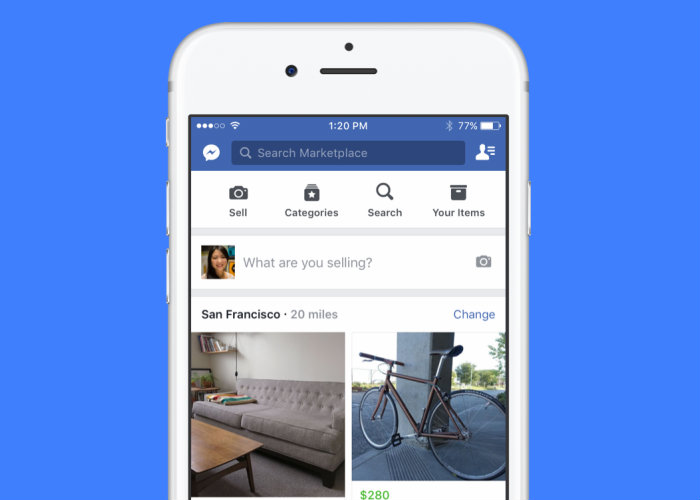 It’s been available where I live for awhile, so I can talk about the service as a seller. In a totally unscientific test, I posted an old gas grill on both Craigslist and Facebook Marketplace.

No responses via Craigslist. Two interested buyers came through on Facebook which is how I unloaded the item. I’d certainly use it again. Posting was easy and I found the result I wanted.

Facebook is getting some heat today, however, as users are posting a wide variety of things like guns and animals. No surprise spam is rearing its ugly head, and job postings are starting to make their way to the service too, even though there is no specific category for employment.

Job posting spam seems to be limited to posting a display ad as an item photo. Postings can include text, but the job opportunities I see are too lazy to include a text description. Interested parties can message the poster directly, which seems like a nightmare for a recruiter. (Of course, the lack of anonymity in the service may fight job spam more effectively than anything else.)

Facebook Marketplace does include Classifieds as a category, but it’s limited to Housing, Services and Miscellaneous. Jobs has yet to be added, and there’s no word on whether it ever will. In fact, there’s no guarantee Facebook will keep the service at all, since a similar option was tested back in 2007 but closed seven years later.

Anything with a billion users is worth keeping an eye on, but Marketplace is no Craigslist killer. If it ever is, we’ll let you know. Now, carry on.