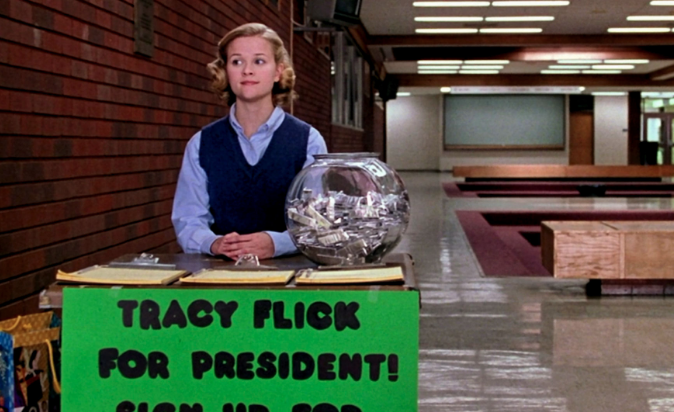 We all know the 2016 election will be a special one, and not just because it features two of the least popular candidates in recent memory. Less widely discussed is how this election year’s job market is another anomaly. The candidates are too busy talking about creating jobs than reflecting on the current situation. By the traditional headline measures, the U.S. labor market appears to be in fine shape. Yet, despite years of remarkably strong and steady job growth, there are reasons for serious concern.

The good news is that the numbers are striking. The unemployment rate has dropped by about half from its peak in the great recession, as 7.5 million people have left the ranks of the unemployed. Nonfarm payroll growth has been averaging above 200,000 per month for about 18 months – over twice as much as necessary to keep the unemployment rate falling.

The bad news? There has never been such a divide between the headline labor indicators and the secondary ones. Among the latter, many voters and workers are concerned about wages and underemployment. Despite a record rise in income last year, real household income remains below its level in the 1990s, and the number of people reporting that they have to settle for part-time work remains high. Even recently created full-time jobs may not offer the security and benefits that Americans once took for granted.

This divergence between headline jobs figures and secondary indicators helps explain the pessimism we hear in response to survey questions about the country’s direction, but it also raises a lot of questions. The current atmosphere of economic insecurity presents a real opportunity for economists, journalists, and politicians to raise Americans’ literacy in economic data and critical thinking about economic issues. Unfortunately, no one seems to have found a way to seize that opportunity in the mass media. The candidates – and to a lesser extent, reporters – seem to have focused on voters’ fears about their economic prospects.

Federal Reserve Chair Janet Yellen has taken a different tack. She has been outspoken in drawing attention to alternative labor indicators. She may be right when she says that the unemployment rate is still the single best labor market indicator, but it doesn’t summarize the labor market the way it used to. The labor market is shifting in response to demographic and technological changes, and it is not always straightforward to compare today’s unemployment rate to another era’s.

Hiring trends are more straightforward, and may provide insight into voter sentiment heading into November. The statistics in an iCIMS report on hiring trends in swing counties are about actual jobs reported by employers. By “swing counties” we mean counties that are large enough or persuadable enough that they could tip the balance in the key swing states that could, in turn, tip the balance in the Electoral College. Our data indicate that the growth in total hiring has been stronger in most of the Florida and Ohio swing counties than across the country as a whole, although they haven’t seen a consistent increase in their proportion of full-time jobs. In Pennsylvania, the swing counties have underperformed the nation as a whole – their hiring growth rates slowed to the point of outright declines.

Election Day: What Does This Mean for November 8?

It’s worth noting that the strength of hiring seen in most of these swing counties is consistent with the positive results of major surveys of consumer sentiment about the economy. Moreover, strong consumer spending numbers show that Americans are optimistic enough about the economy to go out and shop, however downbeat they sound in opinion polls. When it comes to economic sentiment and spending patterns, economists generally assume that the most recent few months are of primary importance.

For polling and voting patterns, it’s less clear when views on the economic outlook consolidate, let alone how they interact with views on incumbent versus challenging parties, candidates, and policy platforms. Political scientists believe that anywhere from 40 percent to 90 percent of election results can be attributed to economic fundamentals such as the job market. Economics isn’t everything – least of all in the election of 2016 – but hiring trends suggest a significant tailwind for the incumbent party in the swing counties of Florida and Ohio, but a headwind in Pennsylvania.

About The Author: Josh Wright is Chief Economist at iCIMS, and is responsible for analyzing proprietary data in order to produce fresh insights on emerging trends in the U.S. labor market. He contributes to the publishing of quarterly trends reports, as well as semi-annual reports and blog posts on ad hoc labor topics. In addition, Josh supports in the development of software that allows customers to analyze their own performance relative to industry benchmarks by collaborating with data scientists, software developers, and marketing executives.

A former Federal Reserve staffer, Josh helped build the Fed’s mortgage-backed securities (MBS) portfolio of more than $1 trillion, among other responses to the global financial crisis.

As a researcher, he has published on labor and housing markets, as well as U.S. monetary policy, and advised policymakers across the legislative and executive branches of government.