Membership
Home / Articles / Saved By The Bell: Why A Ring Is The Next Best Thing

Saved By The Bell: Why A Ring Is The Next Best Thing 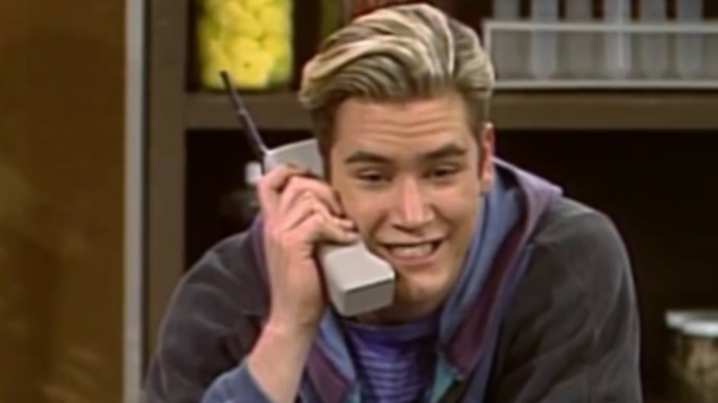 Recently I had a conversation with a recruiting manager who wanted us to assemble phone-sourced directories for his many special snowflake recruiters for “outreach.” This call isn’t uncommon. People want real, up to date information but many don’t want to take the time to collect it or rely on the standard tools (and their margin of error).

So what kind of outreach are they doing, I suspiciously asked, having heard this noise hundreds of times before. “It’s for their passive candidate outreach.  I’ve talked to other phone sourcers and I’m trying to assemble a budget for next year.  The rates I’m being quoted are in the $100 an hour range.  I can’t afford that.” To me, I said, it sounds like you are being quoted pricing for traditional phone sourcing work which includes competitive intelligence gathering but until I know more about what you’re asking for I can’t tell. Tell me EXACTLY what you need. I can’t quote you a price unless I understand exactly what it is you need. He started listing all the nice to have, standard information: name, extension, phone number, email, social media profiles, etc. I interrupted at this point as he began to drone on about his wish list and asked a question that I already knew the answer to, unfortunately: Are your recruiters going to call these people or are they going to email them?

I felt my blood begin to boil and I tried to keep the irritation out of my voice as I offered to introduce him to a broker who sold lists at discounted pricing. Of course, he had tried that method and knew those directories are hit or miss. Accuracy is typically as low as 50% (or less). He said as much, trying to persuade me to take on the project. I just couldn’t say yes. Realistically, he’ll pay basically nothing for the lists. Let the machines deal with the returns.  He won’t be wasting phone sourcers’ time by casting pearls before swine by sending their work out into the ether where most of it isn’t going to be answered anyway–.

Then he interrupted my accelerating tirade with something I’ve heard often over the last few years: “You ever try to get corporate recruiters to cold call?  I have 180 recruiters – 5 of them might be said to cold call.”

Can You Hear Me Now?: Why Recruiters Avoid Calling

I was standing my ground, ignoring his question for the moment and finishing my outburst – selling on behalf of the directory broker. I sensed an impasse as I took a deep breath to try to cool down. He was silent on the other end of the line.  I knew this manager from social media and I also knew I wasn’t making a good impression. But I knew the time had come for plain speaking on these matters and here was someone who was willing to coddle 180 recruiters because…. why? It was obvious as I dug further. He wasn’t really their “line manager” – he was over the sourcing function that doled “the names” out to the “recruiters” (if you can call them that) who “are on different accounts”  (this is an RPO) and the anti-phone excuses continued.

“THAT’S WHY YOU HAVE $100 AN HOUR PLUS PHONE SOURCING COSTS, “ I almost screamed at him, again trying to contain my frustration; not seeming to be able to make him – or anybody else in this industry – see the disconnect in their processes and where things are going off the rails.

I must have sighed – or something – and I think he may have heard my resignation because his next admission next nearly floored me. “Look, Maureen, I’m frustrated too that I can’t get these recruiters to pick up the phone.  I train these recruiters every quarter. Trying to get corporate recruiters to cold call is like trying to get a seven-year-old to the dentist.  It might sound to you like I’m defending them – I’m trying to get them to change but it’s like yelling into the wind. I’ve told them their world is changing – that LinkedIn, Monster, CareerBuilder, SimplyHired, Indeed – aren’t going to work anymore and they look at me with blank stares – like cows chewing cud in a field.”

Hello From The Other Side: Deteriorating InMail Data

He confessed that these recruiters look to him for boolean training all the while clinging desperately to to LinkedIn – like babies to a blanket. I couldn’t help but think, metaphorically, this is much like a terrible drug addiction but didn’t voice it as he went on about his deteriorating response rates and LinkedIn’s progressively less recruiter friendly model. Nothing he was saying was making an impression on these guys. He stopped and we were both breathless – he from the exertion and me from the astonishment of hearing one so suddenly engaged and enraged on the same subject I’ve been ranting on in the community for what seems like eons.

At this point I could see he was doing what he could do to keep things moving along. That he was just trying to get by without persuading 180 recruiters that what they were doing was wrong. I gave him the phone number of the excellent list broker I know and we said goodbye.

I find myself in conversations like this often, with exasperated recruiting and sourcing leads that find themselves in this position – trying to convince people that the old school way isn’t so bad. In fact, it’s actually more effective across the board thanks to the disdain some show for phone sourcing.

Maybe someday when his organization, and the rest of yours, finally have enough of the second rate and ever-declining results that InMauling and emailing are returning, you’ll break down and  free the leader’s hands to utilize phone sourcing. Maybe – just maybe– one of them will figure out it’s just faster and easier to pick up the phone and direct-dial those people themselves.