Membership
Home / Articles / The Dark Side of Being a Leader: Accountability

The Dark Side of Being a Leader: Accountability 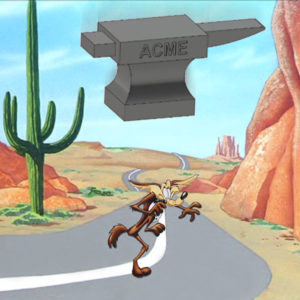 I have a very specific memory from when I was in my final interviews at Grubhub, my last job before I went on to found WeFind.

The final interviewer asked me what I wanted out of the role, and as the eager candidate that I was, I gave a long-winded answer about how I desired more “responsibility.” The interviewer looked at me and said, “This is great, but with responsibility comes accountability.”

Everyone wants responsibility — to be in charge of a department, founder of a company  — but fewer people want accountability. That’s because accountability means that when something goes wrong, it’s your name and reputation that are on the line.

Back at the time of the job interview when I heard that answer, I smiled and said, “Yes, of course, I can handle this.” But, I don’t think I really understood what I was saying yes to. In fact, I think it was impossible for me to understand because before then, I hadn’t really been in a high-pressure leadership situation.

It wasn’t until I was at Grubhub that I REALLY understood what accountability meant.

My first true experience at being accountable

As I think back, it was the end of my second year at Grubhub and I had just shifted from internal strategy to a role in product marketing. At that time there was no one else in Product Marketing. It was just me. I didn’t report to a manager, I reported directly to our Chief Marketing Officer.

After a few months, there was a delay in a key feature that our marketing team wanted. For anyone in a tech organization, you know this is a common occurrence. Development is hard to estimate, things inevitably get delayed, and it was my job to manage stakeholders so there were no surprises when something that was supposed to happen didn’t happen.

Well, this time I messed up. I didn’t manage the communication channels very well, and as a result, I ended up in a meeting with my boss having to explain why this feature probably wasn’t going to be launched anytime soon. I won’t elaborate on the details, but it went something like this:

The meeting was so bad that I started hyperventilating in the room. I got to a point where I couldn’t even speak anymore, but luckily, the meeting was over video chat so I just decided to close the laptop and leave the discussion for another day.

It was embarrassing, but it taught me a really valuable lesson that I remember today here at WeFind.

You must embrace both sides of being a leader

There are two sides to being a leader:

At GrubHub, you had to persevere when a feature was not being delivered on time. At WeFind, it’s when you have a bad investor meeting, or a feature breaks on the site the very moment we sent it out to a potential customer (yes, both have happened).

Sometimes, it’s impossible to prevent these things from happening. Yes, there are mistakes that you can minimize and learn from, but if you truly want to be great you need to know that bad things will always happen because you are constantly pushing the limits of what’s possible.

In today’s world, we glorify leaders who defy what’s possible, whether it is Steve Jobs at Apple or Elon Musk at SpaceX and Tesla. On the flip side, we roast leaders when they fail, such as Marissa Mayer at Yahoo. Leaders have to embrace both sides of their job and recognize that they will have to persevere through their failures in order to achieve something great.

Take Marissa Mayer, the CEO of Yahoo, as an example. For those not deeply familiar with her, Marissa took over as CEO of Yahoo more than four years ago in an effort to turn around the famous brand that was losing the search wars against Google.

By most accounts, her stint at Yahoo has been a failure. She was not able to turn the growth of the brand around, and even though she was able to successfully sell the company to Verizon, Yahoo recently experienced a huge data breach that threatened the deal.

Building something great vs. being accountable

It’s easy to call Marissa Mayer a failed leader, but, imagine if she was successful. Imagine if Yahoo had accelerated growth under her leadership and was able to regain search market share against Google. If that had happened, she would have been touted as one of the greatest leaders of our generations for taking an iconic brand and bringing it back to its former glory.

Yes, the story went the other way, but the person is still the same.

Marissa Mayer experienced a number of failures during her time at Yahoo and had to deal with the accountability side of leadership probably more than she would have liked to. For Yahoo, it was simply too much for them to recover from. However, as you think about other leaders experiencing hardships today, whether it is Travis Kalanick at Uber or Jack Dorsey at Twitter, perhaps they CAN persevere and go on to build even stronger companies than what they led before.

In other words, who will live to fight another day?

About the Author:
David Sokolow is the Founder and CEO of WeFind, a talent acquisition technology company based in Tel Aviv.

He helps companies get a competitive advantage in the quest for great talent by opening a new channel for them: their user base. He has nearly a decade of experience in talent, digital and business strategy.
For more information on WeFind or to get in touch with David, e-mail [email protected] or connect with him on LinkedIn.
General News Recruiting
Leadership Social Media