The Evolution of Recruiting 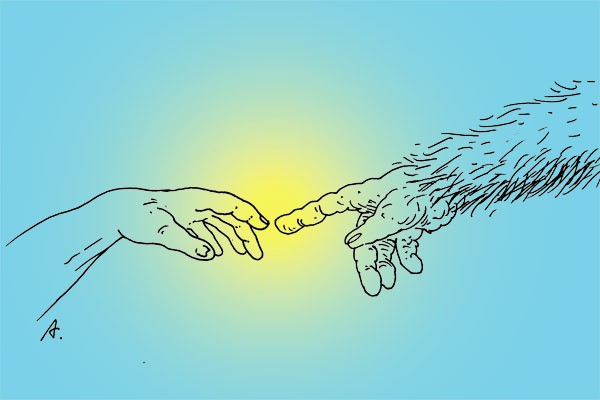 I recently had the pleasure of sitting in on one of the Future of Talent sessions conducted by Susan Burns and Kevin Wheeler.  I was really impressed with the number of hot topics addressed that were related to recruiting and corporate change, and the conversations that were held as a result.  (I’d really recommend attending one of these events if you can.)

One of the items addressed and that I found the most interesting (and that is a cousin to an earlier article published here) was related to the level in which a company should be involved in, or permit employees to engage in, social networking – and the impact this could have on its talent pool.  The small team chosen to address this item had some interesting thoughts on what types of employees do and don’t use social tools like Facebook or Twitter or LinkedIn.  And frankly, I was a bit surprised at a few that felt some types of jobs (by design, not permission) wouldn’t allow an employee to be “social.”

While the conversation was interesting – and the opinions varied – the group was almost unanimous on one aspect of the issue…  Companies can police or attempt to control the conversations taking place – but they’ll ultimately fail. And as a result, they’ll not only do a disservice to their own (employment) brand but they risk a message being crafted by their employees that is much less than favorable and that they can’t be taken seriously by participants when addressing.

This is of course more of the same basic verbiage that you’ll find at any social recruiting, new media, or marketing webinar or speaking sessions – it’s not rocket science.  The idea is that if the employees want to collaborate or network or even just complain… they will.  And they’ll do it from a desktop, laptop, mobile phone, internet cafe, etc.  It just doesn’t matter – the world is getting smaller as technology makes it easier for people to communicate and share.
(note: don’t forget that encouraged communication and involvement could just as easily foster positive messages and communication about an employer’s culture – the dialogue doesn’t have to be (and certainly isn’t always) negative!)

So when we throw in the idea of recruiting tomorrow’s workforce through social networks and the fun dialogue with naysayers that follows, I keep coming back to one thing – Evolution.  Don’t think its relative?  Think again.

We aren’t recruiting the same way we did 10 years ago.  Heck, we aren’t even recruiting the same way did last year.  And it’s not because we’ve stumbled on these “fun” new tools that no one ever thought of before…  It’s because smart recruiters change how they recruit – by engaging the talent in ways that are most comfortable for the candidate and by going TO the candidates – not posting and praying and waiting to be found.  Smart recruiters do this to survive.  They do it because they have to.

“Evolution is not a force but a process. Not a cause but a law.” – John Morley

Social Recruiting isn’t a fad. Mobile Recruiting isn’t a rumor.  We’re in the middle of a major “shift” when we talk about how people today – and the workforce of tomorrow – are communicating and engaging one another.  If a company wants to stay as competitive as possible they’ll realize that this change is really no more a phenomenon than the move from fax was to email.  It’s inevitable and it’s upon us.

So when we think about avoiding social networks for recruiting – or even locking our recruiters out of them at work – I almost laugh a bit.  With the growth of networks like LinkedIn (probably the easiest network to justify in a workplace) that are growing by an average of 500k members a week we’ve got to see that cutting these off from our talent hunters is like giving them a screwdriver to drive in a nail.  It might get done – but nowhere near as quickly or neatly (or without injury) as it could.

Quick concerns when the conversation turns to opening up the floodgates?

These are pretty common and core concerns for not only teams that are just getting started but companies that have been dabbling in social networks for talent for any amount of time.  None of them should be show-stoppers, however.  And if you’ve been doing this for a while then you know that none of them should be discounted – regardless of a company’s size.

I’ll be blowing out the bullets above in some upcoming articles but the message delivered here (and hopefully the conversation that follows) is that if companies want to remain competitive they’re going to have to shift that “police state” mentality or break through that barrier of fog or resistance related to social recruiting and networking.  Will Social Recruiting replace the job boards?  No – certainly not anytime soon and with the possibility of never.  But you will see social integrated more and more into the major boards and in both big and small ways on company recruiting sites through 2010.

Are you evolving?  Are you interested in talking about how recruiting is changing?  Comment on this post and/or text “RecruiterGuy” (no quotes) to 41411 on your mobile device and lets keep the conversation going.

Convinced that social networks are a waste of time and don’t yield results?  That’s cool, too.  Just fax me your… oh wait… I haven’t even seen a fax machine all year.

Never mind – just log off of the internet connection that you’re obviously borrowing from someone else and forget you ever read this.

As a mobile marketing/recruiting evangelist and self proclaimed Social ‘X’ addict, Chris Hoyt has been pushing the boundaries of each aspect of full-cycle recruiting for over 14 years – most recently as the Associate Director of Talent Attraction at AT&T.

With a passion for breaking out of traditional recruitment practices and a background that includes training it’s no mystery that the combined teams of recruiters and sourcers working with Chris are constantly evolving and pushing the envelope of non-traditional talent attraction and recruitment.  Whether functioning as a coach, team lead, or individual contributor it’s his top notch results using ‘out of the box’ strategies that have established him as a recruiting expert amongst peers and clients alike.

In a time where the return on investment for social media struggles to be defined within the recruiting and staffing world, Chris moves forward in an effort to show impact, scope of reach and brand influence by engaging and tracking both the candidate’s involvement and experience.