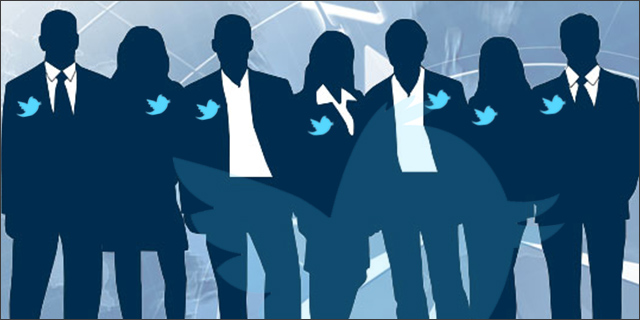 This post is dedicated to all the nay-sayers and people who keep belly-aching “Show me the ROI of Twitter”…. it’s time you stopped asking for proof that recruiting using Twitter works, and actually listen when people share proof with you. I recently used a

fantastic resource called HARO (Help A Reporter Out) started by Peter Shankman, @skydiver on Twitter. I wanted to find individuals who have found their current full-time position through communication on Twitter. Take note: this could be via a job posting that was tweeted, an @ message from a company representative, or a DM from a colleague passing along some information about a position. Here are just a few of the responses I received. The results, quite frankly, I think are going to surprise    you…

1. Chris Kieff – Director of Marketing at Ripple6, Inc.: Chris lost his job in January of 2008. He did the usual things such as going to job boards and  applying for jobs, but he also started increasing his presence on LinkedIn and Facebook, and decided to start his own blog about internet marketing, www.1goodreason.com. He began writing about search engine marketing and internet marketing, and he started connecting with other bloggers through several social media resources and having offline meetings with people to solidify connections (hint). Chris had begun interviewing for various opportunities but as many companies ended up in hiring freezes, he simply wasn’t finding anything. After one such opportunity was lost, he went out to Twitter and tweeted ‘I just lost a job opportunity but I think they want me to be a consultant now…’ An observant employee at Ripple6 who was following him saw his message, said they were looking for a social media person, and he started going through the hiring process. He was eventually hired on full-time as Director of Marketing, based on a Twitter follower directly from Ripple6 who was keeping an eye open.

2. Megan Soto – Account Associate at LaunchSquad: Megan was recruited and eventually hired by her PR firm through Twitter. She was a senior at the University of Oregon and had a couple of internships in the queue for the summer. Megan was active on Twitter and had a class-assigned blog about PR, which was her focus in the Journalism school. She tweeted about one of LaunchSquad’s clients in reaction to a cool New York Times article they’d just secured. While scanning for Twitter activity on the article, Brett Weiner, a partner at LaunchSquad, found her tweet, which led them to her blog and they eventually contacted, interviewed and hired her as a salaried Account Associate.

3. John Robinson, Jr. – Interactive Developer at Balcom Agency: John started at Balcom in April of 2009. He is responsible for coding and helping design numerous websites for businesses and nonprofits using PHP, HTML, CSS and JavaScript. John actually wasn’t looking for a new job when he noticed Balcom Agency’s tweet about a job opening for a developer for its fast-expanding interactive division. Still, he shot a quick direct message back to @Balcomagency to ask about the job, and by the time Balcom’s social media specialist, Kayla Bond, responded he’d already gotten a tweet from Balcom’s interactive account director, Chip Hanna. As webmaster for the Amon Carter Museum for five and a half years, John handled its Twitter account and the Balcom Agency was on the “friend” list.

4. Andrea Slesinski – Media Relations Specialist at MediaSource: Andrea was working at a full-service communications/branding agency and had been hunting for a new job for several months when she saw the post by the media relations director at MediaSource, whom she knew in “real life.” She sent her some correspondence and arranged for interviews via Twitter the entire way through. The only time they communicated outside of Twitter was when Andrea sent her resume and cover letter for the position, which she did via e-mail.

5. Rob Totaro – Account Representative at POTRATZ: Rob just started a job at the end of June 2009 that he found through an update on Twitter. He didn’t know Christy Potratz, one of the owners at Potratz Partners Advertising, but through other people she had begun following me. He followed her back and after a few weeks saw their posting for an Account Rep. He responded and interviewed, and eventually was hired.

6. Lance Hunt – Software Architect/Consultant at Cogent Company: Lance had been on Twitter for a good while before getting laid-off and had around 100 followers at the time. Before the RIF, he already had accumulated a few recruiters as followers as well as many key players/influencers in the .NET Development arena due to a variety of past discussions on technical, social networking, and philosophical topics. The initial announcement about and from Lance and others being caught in the Telligent layoff was a big surprise to many who had been following Telligent over the years, so the overall response from the community was great. It seemed like everyone he had chatted with in the past offered to leverage their contacts and tried to help. At least 75% of Lance’s twitter job prospects were identified indirectly through colleagues in the industry who saw the tweets and gave him a referral or sent his information to someone they knew. The remaining contacts were directly from employers or recruiters who were already active on Twitter and were either interested in topics that he had been discussing and found him through that, or were actively searching on terms around layoffs and job search and found him that way. Lance’s current employer, Cogent Company, was one of those who found him through the former method of searching on topics and following other peoples’ discussions. Marc Hoppers, the owner, had seen Lance’s tweets while researching discussions on social networking topics and contacted him via a DM to see if he would come in for an interview. The rest is history.

7. Tac Anderson – Social Media Director at Waggener Edstrom: Tac’s story is a personal one for me, because it was my direct message to him that alerted him to the position he now has. I had been following Tac’s blog, New Comm Biz, for a little over a year, and we had connected through Twitter and shared a few links and other niceties over time. When the position at Waggener became available, Tac was one of the first folks I reached out to for it. I sent him a direct message and asked if he might be interested. Tac was at a point where he was ready for a new opportunity, so he began the interview process at Waggener and eventually was hired.

8. ME! 🙂 Amybeth Hale – Talent Attraction Manager at AT&T: I was laid off from my job at the end of February. Immediately, I started quietly reaching out to some of my network connections through Facebook, LinkedIn, and Twitter. One of the individuals I reached out to was Chris Hoyt, Associate Director, Talent Attraction with AT&T. Chris and I had been introduced by Jennifer McClure over the fall of 2008, and as we were both bloggers in the recruiting community, we developed a good friendship and respect for each other. When I told Chris what was going on, he set up a time for us to discuss an opening he had on his team, and it was a great fit for both of us. I was hired and started with AT&T at the beginning of April 2009.

I don’t know what additional proof anyone needs that Twitter is a helpful tool for connecting companies who are hiring to candidates who are looking. And for those who say this only works with certain job functions or in certain select industries – take a look at the variety in the stories presented here: we have marketing, PR, advertising, web development, software architecture, and recruiting professionals from companies operating in telecommunications, technology consultancy, interactive design, advertising, multimedia, and public relations. In addition, this worked for people ranging from fresh out of college to senior / director level professionals. So this isn’t limited to just the “social media” people or the “creative” companies.

Another interesting observation I had from reading through these stories is that the majority of the folks mentioned who were monitoring, seeking, and reaching out to these qualified candidates via Twitter were in fact NOT RECRUITERS, but observant employees and either partners or owners in their companies. So… perhaps this is a rude wake-up call to recruiters: the more you resist and poo-poo using tools like Twitter to find, connect with, and develop relationships with people, the more beneficial it will be for the direct hiring authorities, since they’ve already seemed to embrace this method of search.

So my recommendation to you is this: do what you want, and what you think is right for you. But stop asking for proof that it works, because it’s out there and you’re just not listening. And all those candidates are being grabbed up left and right by others who have chosen to embrace the tools, whether or not you do.

Amybeth began my career in research in the summer of 2002 as the sole researcher for an award-winning MRI-affiliated executive search firm in Ohio and then as the Manager of Internet Research for a recruiting franchisor in Ohio. Most recently, I worked as a Sourcing Strategist for a global public relations firm and am currently working as a Talent Attraction Manager with AT&T, doing strategic sourcing and brand evangelism.

Check out my blog at: www.researchgoddess.com