CEO Of Zenefits David Sacks to Step Down 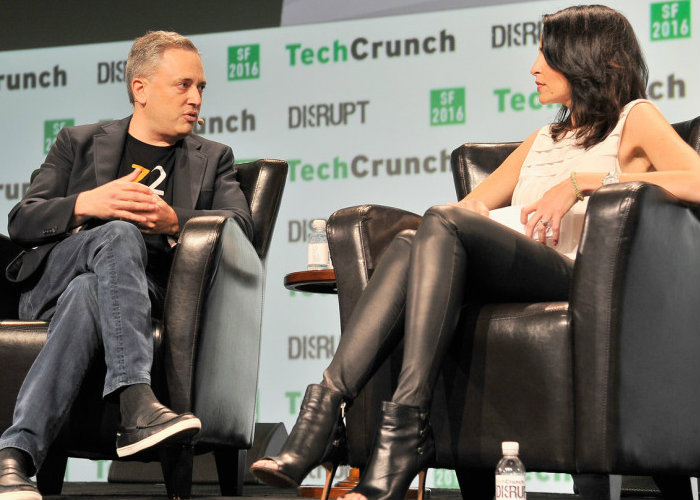 The CEO of Zenefits, David Sacks, has announced his plans to step down from the top job at the HR tech startup after less than a year. What’s next? Among other things, he’s open to potentially working with the administration of Donald Trump.

Sacks said in a recent interview that Zenefits is already looking for a new CEO, and they have no idea who’ll is going to take his place, or when the position will be handed over. His plan is to remain CEO until he passes the torch to his successor and becomes the chairman of the company; working alongside whoever succeeds him.

A person close to Sacks said he is also looking at the possibility of working as part of President-elect Donald Trump’s administration, even if he was just to take on an informal role. Peter Thiel, who is a billionaire tech investor and a member of the transitional team for Trump is one of Sacks’ old friends. He’s also a board member with Zenefits. The men met at Stanford University and wrote a book together about the college campus “multiculturalism” before becoming early executives of PayPal. Both men recently apologized about the book, which downplays rape.

This Zenefits shakeup is just the end of a long and turbulent year for the health insurance broker, with problems starting back in February when founding CEO Parker Conrad was canned for breaking state insurance laws. Sacks trimmed the fat at Zenefits; removing hundreds of staff and striking deals with the state regulators investigating the company. They completed the makeover with the release of the Z2 software platform.

Sacks spoke on Friday about how he simply feels that he has accomplished everything he wanted to, and confirmed he had been holding discussions about stepping down with the board for a few weeks.

Sacks said that the job wasn’t one he actually sought. He was the chief operating officer at Zenefits before he was asked to become the CEO by the board. He felt that he had a responsibility to investors and employees who were expecting him to guide the company through the crisis and he feels the company has made it out now.

Sacks, who first became prominent as the COO of PayPal before selling the software startup Yammer for over $1 billion to Microsoft added that he effectively re-founded Zenefits and it was the hardest thing he’s ever had to do as an entrepreneur.

Sacks made reference to how tired he clearly was during the Z2 conference where Zenefits announced the launch of their latest software platform. It was reported on Friday by the Wall Street Journey that Sacks had ambitions of joining the transition team of Donald Trump, but Sacks denied the claim. He told Buzzfeed that he didn’t plan on joining the transition team. A spokesperson for Zenefits declined the chance to comment on the possibility that Sacks would work with the Trump administration.

It was reported earlier by The Information that Zenefits was on the lookout or a potential candidate for CEO to replace Sacks. Even as the company continues to clean up their legal mess they are clearly in the red. It was reported on Friday that Zenefits lost a total of $204.5 million during the last fiscal year, with revenue of $43.5 million, though it has since managed to reduce expenditures and increase revenue.