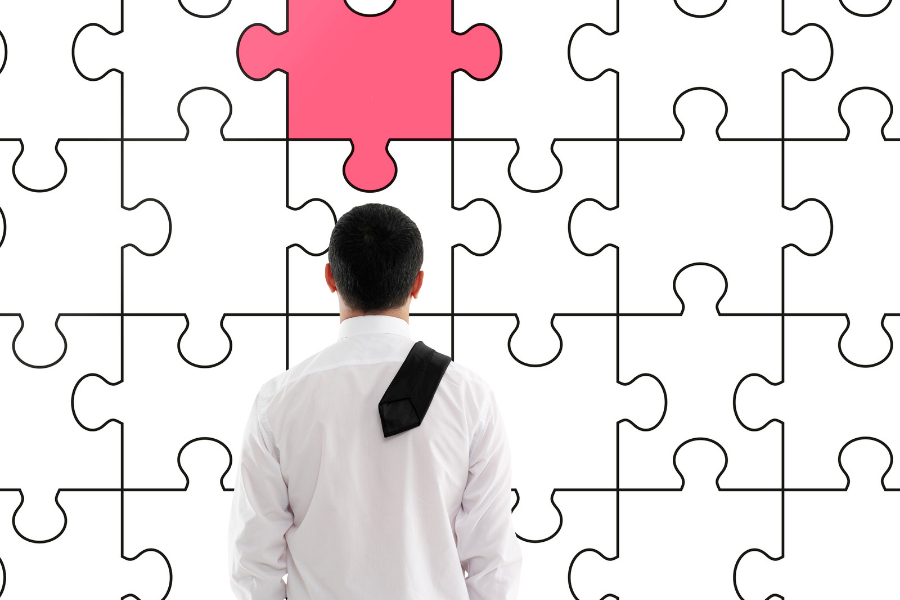 We are in interesting times – but that’s probably obvious to everyone who hasn’t been in some sort of medically-induced coma for the past 3 years (lucky bastards that they are). This morning’s freak-out du jour is that stubborn thing that’s happening with the labor market. Because: labor force participation rates stink.

The US Department of Labor calculates the labor participation rate as: “the percentage of the population that is either working or actively looking for work. The labor force participation rate is calculated as: (Labor Force ÷ Civilian Noninstitutional Population) x 100.” That’s somewhat wonky, but it matters. Because it impacts how much your next car loan is going to cost you.

Typically, the Fed knows what to do with a red-hot hiring market that’s pushing salaries higher. It’s a fairly simple model (on the surface). The idea behind hiking rates is that it increases the cost of doing business for companies. So they slow down hiring. This in turn acts as a brake on the economy, which should cool inflation a bit.

But that doesn’t appear to be happening the way it should under normal circumstances. Because it’s post-2020 and “normal circumstances” is now an oxymoron. November’s jobs report gives some indications around why that might be. The labor market is missing a bunch of laborers.

The report highlights an issue: there aren’t enough people to fill the jobs being advertised. The labor force participation rate – how many working-age Americans have a job or are seeking one – is stuck at just over 62.1%. That’s about where it’s been, as the report puts it: “little net change since early this year.” That’s down 1.3 percentage points from pre-COVID-19 pandemic levels. Only in August did the work force return to its prepandemic size, which is millions short of where it would have been had it continued to grow at its prepandemic rate.

Meanwhile, job listings continue to remain at or near historical highs. This doesn’t seem to be changing anytime soon – as recent above-expected job gains indicate.

Some estimates say as many as 8 million people in the US alone have left the workforce since the dawn of COVID. Where’d they all go?

Part of that number is tragic – about 260,000 working-age adults have been lost to Covid. The US also saw a slowdown in legal immigration which it’s estimated removed over 3 million people from entering the workforce. There were also factors in play prepandemic that were pushing the economy towards a labor crunch: looming Boomer retirements, and lowered birth rates. Covid simply served as an accelerent for those trends.

Timothy Smeeding is an economics professor at the University of Wisconsin, points out: “Birth rates have been flat,” he told me. “They’ve never come back, really, from the Great Recession [in 2008], so there are fewer kids going to school. It’s a world in which we have to be creative, be open, and try new things.”

But the problem isn’t just that population growth has stalled. Even with an uptick in August, the share of Americans working or actively looking for work is 62.4 percent, compared with 63.4 percent in February 2020.

First They Ghost – Then They Goblin

Ghosting used to be rare when it came to candidates. Now, it’s rare if a req a recruiter works doesn’t contain multiple ghost stories. It’s a thing. But the question that’s been nagging is: where are they? Some find new jobs, sure, but some just stop looking entirely.

“A lot of workers are still disconnected, and we’re just not seeing them come on,” said Jesse Wheeler, an economic analyst with the polling and analysis firm Morning Consult. “It’s unclear how all of them are making ends meet, but I think it has a lot to do with consolidation of households and cutting costs. It would’ve been difficult to change if they weren’t forced into it.”

In other words, 2022’s Word of the Year: goblin mode. Okay, it’s two words. Which kind of fits, since part of the definition includes  things like:”oh, just give up trying – tell people your webcam fell into your three-day-old bowl of soup next to your laptop and that’s why you they can’t see you on Zoom anymore. Not that any of them have showered in a week, either…”

Think of goblin mode as quiet quitting, but with an attitude. Life’s thrown enough at you. If you’re in China it’s possible you’ve been locked in your apartment for three months. If you’re in Ukraine you’re apartment may have been blown up three months ago. If you’re in the US, you’re living in the most powerful country in the world, armed to the teeth, and there’s this creeping sensation that you’re slouching towards Civil War 2: Qanon Boogaloo. There are something like three potential apocalypses on the table (war, pestilence, and climate – so, three horsemen are approaching). Some of these things were smoldering prior to 2020, but then we threw gasoline on top.

Meet Them Under the Bridge

That, my friends, is where we begin to see the root of things – and the implications. The analogy might be someone who thinks they might smell smoke from deeper in the woods, but its stay there or jump off a cliff into a river. They aren’t sure what’s down there, how deep the water is, the currents., hidden rocks, etc. It’s risky. So, they naturally hesitate. Then the fire flares up and a somewhat fatalistic decision is made for them: they jump. For some of them, the water turns out to be quite nice as it turned out. They were able to swim with the current, and now they’ve found themselves a nice, quiet bridge to settle under.*

Leaving work behind didn’t mean the end of the world – just that they had to adapt to a new way of living. Couples found themselves able to make do with a bit less financially, and/ or you took advantage of remote work to move somewhere with a lower cost of living. It’s reasonable to assume that with some of those couples, one of them left the workforce in order to have time to manage the household, return to school, etc. If that’s the case, this is talent that may well stay off the workforce for at least the short term. There’s a push for balance happening, and that’s a hole in the labor force that we can’t fix quickly.

All that said: there’s plenty of skill out there in that group. And while they’re likely not coming back full-time, the possibilities for gig, flex work, and/ or skill-specific project-based roles are definitely there. Consider my neighbor, a 60 year-old mortgage attorney who found himself needing some extra cash for the holidays because he hadn’t had much work due to the slumping housing market. They didn’t really want to change jobs or launch a whole new careers. They’d been thinking about slowing down as it was. When they tried to apply for jobs, just in case, the process was frustrating and inconsistent. So he gave up on that.

But then they were shopping on Amazon, and saw an ad for seasonal work delivering for UPS. Gig work using their own vehicle. He grabbed it. Once that’s done, he’ll likely pick up some more gig work as he needs it in 2023, and wrap up his “career”. He’s thrilled, by the way. And less goblin-like, as a result.  It just took a push to make the leap.