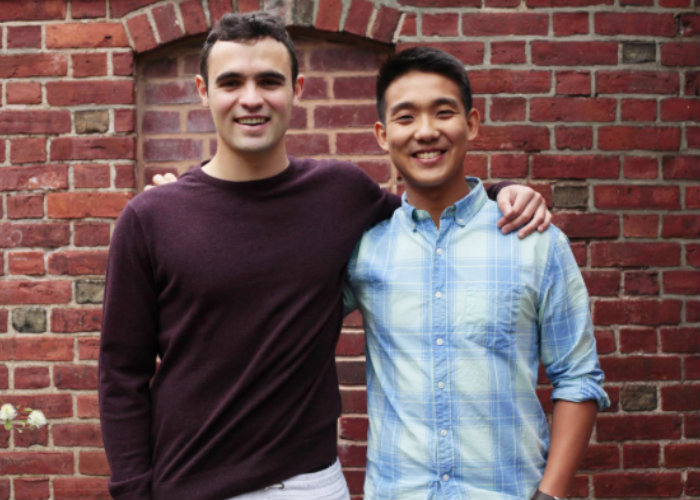 Ripple Recruiting, the startup founded by students from Yale to help employers find, recruit and hire the best students has raised a grand total of $700,000 during a recent round of funding.

The funding, which was dedicated to bringing in investments, was led by fellow Yale alum Kevin Ryan (’85). Ryan founded Business Insider and serves as an advisor to the startup.

While Ripple Recruiting is presently only available for students in the Ivy League, according to co-founder Andrew Myers the money gives them the power to expand nationally and build up their product team. Myers left Yale so that he could work with Ripple on a full-time basis.

Myers says that he started Ripple Recruiting because he and his peers were frustrated with how top universities currently handle recruiting. The current process funnels students directly into top firms. Other co-founder Eric Ho (’16) chose to work with Ripple Recruiting over Facebook.

Myers said that Yale students currently have to spend up to $50,000 attending an information session put on by the university when they could get the same information for much cheaper.

Myers said that this cost prevents people in startups, midsize companies, and even nonprofits from competing to hire university students. Myers wanted to put together a tool that could help smaller companies put together an applicant pool without needing to go to Yale itself. Ripple was founded to remove the barriers from employers and give them the chance to reach out to all the students they want while also allowing these students to show up on the radars of recruiters.

Ho says that college students using Ripple Recruiting will register an online account first before filling in a questionnaire about their experiences, preferences, and achievements so that a great profile can be put together to represent the student. He added that he and Myers spoke with recruiters and found out just what they want to know about recruiters so they can put together accurate judgements about a student to decide if they should reach out to them or not.

Right now companies will reach out to students directly through the platform. The team at Ripple will also occasionally send companies scouting reports that feature blurbs about students Ripple believes would be a good fit for them.

Ho said that the team wanted to put together a personal connection and make the recruitment process more focused on the individual interactions that employers and students have with each other.

Elizabeth Camarillo Gutierrez is a junior with the University of Pennsylvania who says that Ripple gives students the power to diversify their options and create a personal connection to employers that they might never have considered.

However, she did acknowledge that Ripple won’t be replacing the Penn State on-campus recruiting process, which has been integrated into the undergraduate experience. Gutierrez used Ripple herself to get an offer from American global financial services firm KCG.

Gutierrez is the leader of marketing for Ripple at Penn. Gutierrez encourages others to sign with Ripple as a campus ambassador. She spoke about how many students didn’t know Ripple existed so it was difficult to encourage them to sign up and upload resumes. Gutierrez found that students were reluctant to share their resume with a company they had little information about over the career services website for their schools.

Myers said that Ripple is better suited for college students than other recruitment platforms and that because Ripple offers privacy college students would be more open about their GPA and past experiences than if they were using a public platform such as LinkedIn.

Ryan says that there are more students showing their full resumes on Ripple over LinkedIn, in reference to a study providing a comprehensive statistical analysis of the two platforms.

Ryan said that Ripple has such enormous potential due to their great start, the quality of their team, and the marketplace they are working with.

Myers says that around 10 percent of Ivy League students and 40 employers are using Ripple. The team has plans to extend to the national level in January. Myers added that they would also be expanding their staff and taking on 12 full-time employees; double how many they currently have.

Myers also said the team is coming up with other ways they can improve career services. One plan they have is to launch Ripple Journal within the coming months. Ho says that ripple Journal will provide students with a platform to share their experiences and resources while they search for jobs.

Ho said that Ripple will be the greatest advocate a student could have; showcasing students and ensuring employers understand their full story rather than just their major or GPA.

The 2015 Yale Office of Career Strategy First Destination Report says that 15.7 percent of the graduates from that year started work in consulting, while 15.7 percent entered the world of finance.