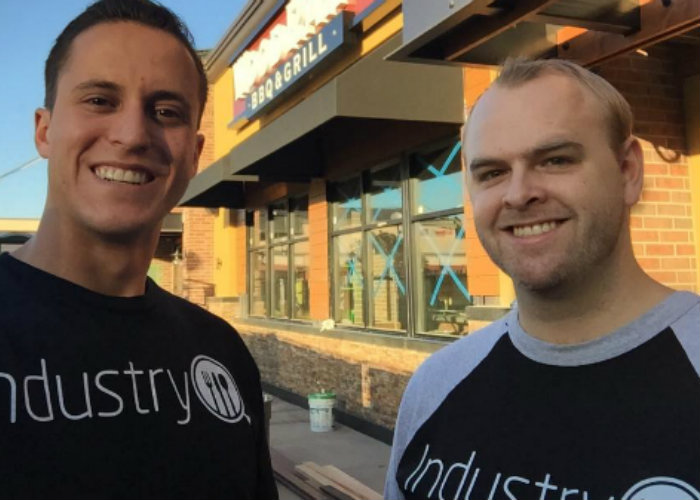 Industry, a job platform designed for the hospitality sector, announced in late October that it had raised $2.3 million in seed funds. The company is currently live in nine West Coast cities and plans to use the money for national expansion, team and product growth. It currently claims 20 percent of the hospitality market in its home base of San Diego.

Founder and CEO Cody Barbo says that he got the idea when looking for restaurant employment. For the most part, this area of employment has relied on Craigslist, local help wanted ads and hand delivered resumes. Service industry positions on average take roughly 28 days to fill as a result and experiences high turn-over rates.

Barbo discovered in conversations with others in the hospitality sector that few had LinkedIn profiles. Those that did barely utilized the website. He believes the reason the popular social network doesn’t appeal to this area of jobseekers is the fact that it’s text heavy.

These customer service positions often require a certain type of personality or set of skills. Neither of these translate into words on a screen as well as the talents of an accountant or computer engineer would. Barbo himself landed employment through a career fair where he could interact, not through the numerous applications he’d submitted.

With Industry, jobseekers can build a profile that demonstrates their unique talents. For example, a chef can post images of their kitchen creations or a flair bartender could upload a video of them going through their repertoire of tricks. It also allows individuals to network within the industry, which can help them get a word-of-mouth hire. Many establishments, both high-volume and family restaurants, rely heavily on this type of recruitment.

“We see value in creating a truly professional network; a social network where people would log into it every day to connect with each other, seek out content and be inspired by thought leaders in the industry,” Barbo told the San Diego Union Tribune.

In the local markets where Industry is already available, the time to fill a position has drastically decreased. For basic positions like server or bartender, it has helped to cut time down to as little as 24 hours. Harder to fill jobs, such as executive chefs, attract fewer applicants, however, Industry says these vacancies are still filled in less than a week.

While Barbo hasn’t released the number of jobseekers or businesses using its platform, he did tell Stephen Loeb of Vator that the company strategically targets restaurant groups in each new market it opens. For example, Industry formed a partnership with the Washington Hospitality Association. The organization has 6,000 members out of the 15,000 restaurants in the state. According to an interview between Barbo and Loeb, a majority of these establishments are now utilizing Industry for their staffing needs.

Some of the big names that Industry has attracted include Disneyland Resorts/Parks, Fox Restaurant Concepts, Stone Brew Co. and MGM Resorts. In addition, the casting agency for Hell’s Kitchen and Top Chef have begun to find contestants for their reality shows via Industry.

When Industry first started out it utilized a subscription based model for its clients. Due to the fact that much of the hospitality sector can be seasonal, with more hiring done during the summer or whatever the area’s tourist season is. Because of this, many would cancel their subscription after they were done filling the bulk of their hiring needs.

Because of this, they switched to a “pay per qualified applicant” approach. Rather than setting a monthly fee, Industry only charges hospitality businesses based on the number of applicants that apply for a position and are actually qualified for it. According to TechCrunch, businesses create a budget for each position they list and Industry determines a price for each applicant, taking into account how important the job in question is for the employer. Easy fill positions may cost as little as $3 per application, whereas more difficult to fill positions may cost Industry clients as much as $30 per applicant.

Industry is currently free for job seekers, but plans to monetize this element of the platform at a later date. “We will monetize them at a later time, with premium memberships. There are also advertising opportunities. At the end of the day, our team is driven by the mission of making job candidates more likely to succeed in their careers,” Barbo told Vator’s Loeb.

Last year the company raised $200,00 in pre-seed money. That brings its total capital raised to $2.5 million. Along with utilizing the money for expansion, Industry plans to grow their staff so that they are able to meet demands of their new markets.

Industry isn’t the only hiring platform geared towards the hospitality sector. Competitors include Culinary Agents, which is a job matching and networking website based out of New York. It currently services 30 cities throughout the nation.