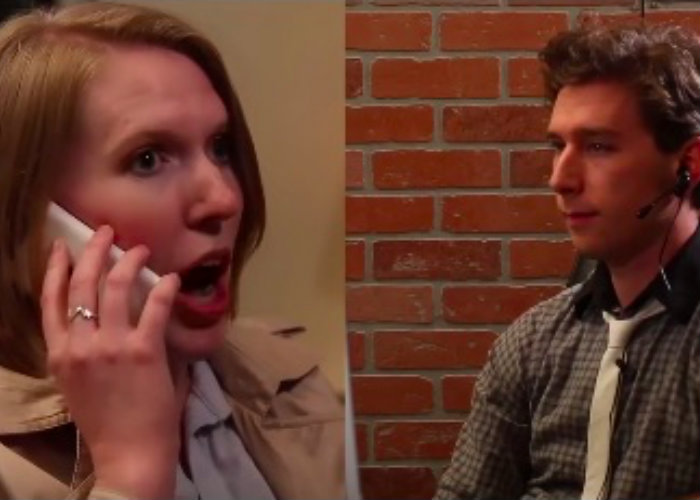 Trovix was my first contact with what I envisioned A.I., or artificial intelligence, to be when it came to recruitment.

It was 10 years ago and vendors claiming to be “eHarmony for employment” were all the rage. The business model failed for a few reasons, but the clearest one was the fact that the success of these platforms was predicated on users, both job seekers and employers, filling out very lengthy questionnaires.

Human beings will invest a ton of time if it means getting a shot at having sex and finding a soulmate, but the potential of landing an interview and a job doesn’t have quite the same appeal, I guess.

Trovix came along and offered the following: Just post your resume and your job as usual. Our magical technology will parse out the relevant content and bring employer and candidate together. No extra effort required.

Monster thought enough of Trovix to buy it for $70-plus million. The resulting product was 6sense, a semantic search technology promising to find the best candidates significantly quicker by analyzing resumes as a hiring manager would.  The product has pivoted and the brand has withered. Turns out A.I. is hard.

Fast forward to this year’s HR Technology Conference and A.I. is trending, along with buzzwords like “engagement,” “cloud” and “big data.” It’s early days for machine learning, and most companies are simply paying lip service, hoping prospects will take notice, chasing the shiniest new objects in the market.

One company, however, may be on the right track to laying the groundwork for legitimate A.I.

HireVue is well known for its video interviewing technology, although they offer a wide variety of solutions and have been a pioneer in the machine learning space with their Insights product. This summer, however, they made a significant move toward real A.I. with their Digital Assessments tool.

“HireVue has brought much needed structure, data and consistency to the interview experience and now we’re bringing a new level of assessment science to it,” said Mark Newman, founder and CEO, HireVue. “Many assessments used today were created 50 years ago and deployed to make up for terrible interviewing processes.

“Their methodologies may be sound, but the candidate experience is no longer relevant. With HireVue Digital Assessments, we’ve married deep machine learning with Industrial Organizational Psychology to offer a faster, more modern and mobile hiring experience for companies and candidates that we feel is second to none.”

The product works by capturing thousands of attributes within a short 10-15 minute video interaction that uses HireVue Insights to analyze audio, video and text that is then mapped and validated directly against business outcomes.

Think about that for a second. By getting video on candidates, HireVue is able to go way beyond text on a resume to assess candidates. In addition to a traditional resume, they’re able to transcribe the audio, capture variances in someone’s voice and analyze the visual nuances in the answers a candidate gives.

By doing so, they are then able to cross reference the attributes that make a good hire with what made a good candidate. According to the company, the results are significant. “We’ve been able to greatly reduce time-to-hire,” said Amanda Hahn, director of product marketing at HireVue. “By replacing the pre-screen, phone screen and assessment process with our Digital Assessment solution, we’re able to take the traditional period of 42 days to hire down to seven, which is 80 percent faster.”

So far, HireVue says customers are happy. “It allows our recruiting team to focus on reviewing the best quality candidates first, rather than sitting through hundreds of thousand of candidates to find the diamonds scattered throughout,” said Carolyn Shuster, senior director of corporate recruitment, global systems and programs, Hilton Worldwide. “We were able to shorten time-to-hire from 6 weeks to 7 business days.”

The product is currently an add-on to other HireVue products. The pricetag is custom, based on needs.