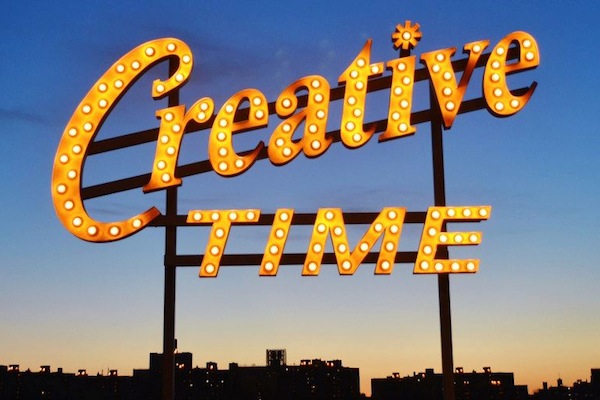 A few days ago I spoke with a lady in charge of recruiter training at an established 20-year old company. She said that the year 2009 is all scheduled and she may include my training for 2010. It was nice but I felt a bit concerned. How would I be able to predict the hottest topics to teach in 2010 when things are changing monthly if not weekly for us, sourcers and recruiters?

In this post I’d like to cover several examples of creative and productive usage of already existing, fast-changing, amazing tools and give you some ideas to think of more of your own as things change. To begin with, let me say that it helps to be open to new sites and tools as ways to keep up with the    competition, especially in these tough times. I heard recruiters say that Twitter is a waste of time because there’s too much uninteresting stuff there. “My cat just walked out.” But you know what, the Internet as a whole has tons of boring and irrelevant stuff posted. We search on Google to find what we want to see and filter out what we do not; why not have the same approach to Twitter?

There’s another, sort-of opposite, extreme here, and that is overusing all the fashionable sites, and at the end of the day not being able to say what had been accomplished. One should spend her time wisely and not drown in dozens of new tools and sites. There are Twitter addicts (I have to admit, I got close to being one of them) who endlessly explore and try new tools. Be reasonable and only spend so much time exploring and experimenting. There are many buggy tools, too, and yet another challenge is to use a buggy application (such as Twitterator.org) patiently, or even walk away and let an application get to a functioning state before coming back.

Here are some of my favorite sourcing and recruiting tips in this new and bright world of social recruiting.

1. I will start with one suggestion that I discuss in detail in my Twitter webinar: One can use Twitter to follow and communicate with people found elsewhere. If you have a database of resumes with email addresses, or use jigsaw to grab a list of email IDs, or find email IDs in a Google search for resumes, you are able to follow all of those people on Twitter. You can create a Twitter account for one particular purpose, such as filling jobs in a certain industry, and start creating a (maybe very temporary) crowd of people to interact with on Twitter.

You can go the other way around, of course. Create a group on LinkedIn (such as a group dedicated to a specific industry), create a Twitter ID for that group and start promoting the group on Twitter and posting jobs in both places.

2. We all dislike spam; who doesn’t? Yet email traffic keeps growing for all of us. Sending an email to a candidate or to a prospect often doesn’t work as a way to establish a connection, since it lands in the junk folder, is never opened, shows signs of a mass mailing, etc. However, if you “reply” to somebody on Twitter or re-tweet them, this may seem much nicer and more attractive for that someone who is your potential candidate.

There are other new ways to reach people that do not feel intrusive:

Of course, you need to be reasonable in picking your audience and your message, but these new ways are great options for sending your messages to target audiences.

I’d warn Twitter users against using direct messaging on Twitter with people you do not know; I am not sure you will agree but that does seem like spamming to me.

3. To many, Twitter seems like an environment that is hard to control. If you have multiple followers, that may feel like a success – but is it, really, if those followers are not in your niche? How do you find out? On LinkedIn you can export your connections and get information about them. Did you know that on Twitter you can do pretty much the same? Create a CSV file with your followers or those whom you follow with friendorfollow.com and use Excel’s sort and search functions to learn quite a bit about those people. You can filter by their location, keywords in their bios, etc.

4. X-raying is a well known web search techniques allowing one to search within a site using an engine like Google. LinkedIn provides fantastic capabilities to search from outside LinkedIn (this is not a substitute for searches within LinkedIn but certainly has its advantages). This is how it works on Google:

(You can manipulate the string to have it land on profiles only or company pages only).

You can X-ray Twitter as well. Search Twitter bios on Google using the “Bio * <your keyword>” (Important: do not forget to use a varying number of asterisks * to get more results). You will get a list of Twitter IDs that you can multiple-follow and start communicating with.

I will stop for now. I would be interested to hear your suggestions along the same lines of using combinations of social networks to recruit.

Now let me tell you about one very new project that I have just started doing, as an experiment. I have a very positive feeling about its future. Since I am passionate about web sourcing and social media I created the “Social Media Recruiting Group” on LinkedIn and a parallel Social Media Recruiting Network. They are both one day old at the time of this posting.

Here’s what I am looking for. We are going to have many (at least a dozen or so!) moderators/leaders for the group that would help add new content and promote this new web gathering. We already have 4 co-moderators and are looking for more. Please join the groups if you’re interested. If you want to be a moderator, please shoot me an email.

Irina is an Executive Recruiter, an Expert Sourcer, a Boolean Strings Master Teacher, and a Social Media  Innovator. For the past five years she has been a Partner with Brain Gain Recruiting, placing senior full time employees in IT, Strategy Consulting, and Finances. She has an MS in Mathematics and a strong technical background. Irina runs the fast growing “Boolean Strings Network” (please join!) and multiple groups related to Social Media Recruiting and Internet Sourcing on LinkedIn.

Irina’s LinkedIn Profile can be found here and her blog is here. Follow her on Twitter at @braingain