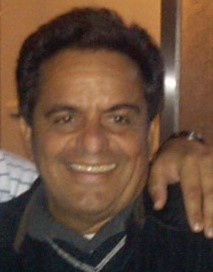 Sometimes you meet a person and know them for the personality that precedes them and for the character they possess.  We remember them for the care free way they smile, share a laugh with anyone, and make you feel like you have known them for years.  These are some of the people that make life fun, and Alex D’Agostino was one of them.

Alex passed away unexpectedly Saturday August 22nd.  He was first and foremost a father of 2 great children, and a friend to many, many.  He was also one of the first recruiters I ever met, and one of the ones responsible for my getting in, and staying in the business.  Alex was a recruiters’ recruiter.  He would call you before he emailed you.  He started in the business before there was email, faxing everything, one page at a time.  To hear hem tell it, he started recruiting before there were even phones!  But Alex was young, smart, and possessed the tenacity of a bloodhound, the savvy of a salesman, and the guts of a recruiter.

There are hundreds physicians all over this country that Alex was responsible for placing.  Hospitals that truly needed help in the Emergency Room, that first true line of care, were staffed by him no matter how big, or small they were.  He was a success, but carried himself like a regular guy.  He had a lot of fun, but always made it to work.  Sometimes late.  Sometimes very late.  But when he was in, he made those around him better.  He took many under his wing not only as a recruiter, but as a mentor in life, a father figure.  Alex was Alex.  His laugh told it all.

When I was starting out, and had a chance to share a cocktail with him (I think it was after work) he told me after a lot of my talking about technique : ” just pick up the phone and make calls kid!, its not rocket science!, don’t over think it.  If not, there’s always Burger King!” Last summer, after a Yankee game, I said thank you to him for driving us to the stadium.  I also thanked him for guiding us in the early days.  Alex said in his one of a kind voice “ahhhhh.  Come on kid.  It was all you guys.”  Then putting his arm on my shoulder laughing he finished “I never thought half of you guys would make it….haaa…haaa…but you gotta take a shot on everyone.  Give everyone a chance.”  Thanks Alex.