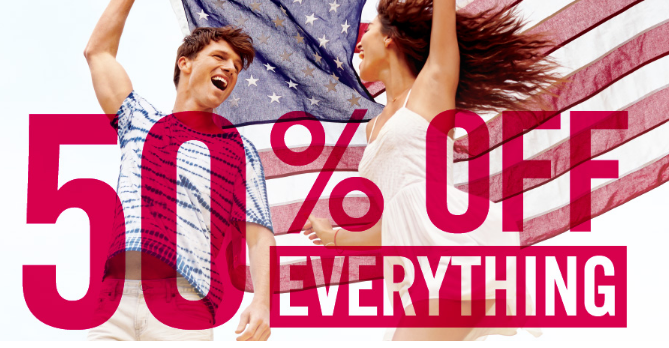 My first job in highschool with W-2’s and official schedules was folding clothes at American Eagle. At the time, this was the cool job; everyone was wearing their brand, I was working with 20-somethings who bought me beer and I had a 50% discount. While it started as a job folding pants, it evolved into 5 years of learning business lessons from operations to liability. In fact, it almost ended up being the reason I didn’t go to college.

Yes, I almost didn’t go to college for a retail job where I very quickly would have aged out of the clothing demographic and moved right into the “awkward old lady” zone. At the time, it was really intriguing to consider taking a different path – one that didn’t involve 4 more years of school and $40,000 in debt. I quickly realized that I would max out my earning potential in the next 5 years without a college degree, thanks to a very intricate spreadsheet created by my accountant mother, so I decided to take the traditional path and attend a 4 year college.

Now, there was one more reason I didn’t want to make a career out of working retail. Every Black Friday and December 26th, I shuffled into work at 6 am while everyone else slept off their hangovers and food babies. There’s just nothing that makes you want to go to work after a holiday, especially $9 an hour. Or realizing that a salary meant I would never get holiday pay again.

To make matters worse, we would always have this thing called Friends and Family right around these holidays to push sales more. Friends and Family was the retail version of referral programs, back before the internet and e-mail became the primary method of chain retail communication (at least 8 to 12 times a week). We were each given piles of little square coupons for 25% off that we had to distribute to people we knew. While the store was slow on weekday evenings, we were given yet another pack of cards and told to walk around the mall and parking lot to hand them out.

While this was almost as mortifying as being seen in the grocery store with my mother, it worked. People would show up with their cards in the midst of the holiday shopping mobs just to take advantage of the discount. We would count the cards and be amazed at the sheer volume.

That, of course, was before the internet. Before we were bombarded with thousands of messages and ideas from every angle, every moment of the day. When direct mail was the best way to contact people, it was easy. We left cards on people’s windshields and they noticed them instead of reading their phone the entire way home, only to finally see that flapping postcard 30 minutes later as they’re going 90 down I-65.

Now when we want to make an ask of a friend, customer or strangers – we have to post on 7 different social networks, text 200 people and send another three e-mails just to get 1 person to respond to 1 message, even if it benefits them in the end. Getting a message read is really hard now and it’s bleeding into programs we’ve traditionally used to hire, like referrals.

Honestly, I always thought referral programs were easy to set up. Throw some cash at employees, create a little motivation with some lame company meeting and competition then voila, the candidates are rolling in. Getting people to participate in a referral program is as easy as selling buy-one-get-one sweaters, right? Who doesn’t love money and winning free stuff?

Not so fast. Turns out, a lot of people don’t actually care about your competition or that measly sum of cash. It’s going to take more than money to motivate them to put their reputation on the line to refer their buddy who could, or could not work out. It requires creativity, focus and a solid reputation to overhaul a referral program, or even get started.

The thing is, this isn’t a lottery or a flash sale – it’s a life changing thing.. in the midst of thousands of messages.

In this episode of #RecruitingLive, I’m inviting two guests who always make me think a little harder when it comes to referral programs. A team who’s trying to debunk the myths behind referrals and build technology that actually makes referrals work for every function of the business. A team that’s taking on the inevitable diversity issues that can occur when people are referring great people that inevitably look, work and act just like them. A team who’s figuring out that what you say matters more than what you give. Their names? Laura Bilizarian and Pukar Hamal of Teamable.

If you’ve been to #RecruitingLive before, you probably know I have a strict no-pitch philosophy. This is a live show built on helping people become better at hiring – not a place for slides and sales pitches. If you’re interested in learning more about finding great people via referral programs, don’t miss this episode and be sure to bring your questions when you join us live Friday at 1 pm EDT.