Growing Pains: How Salesforce is Changing the Talent Acquisition Game. 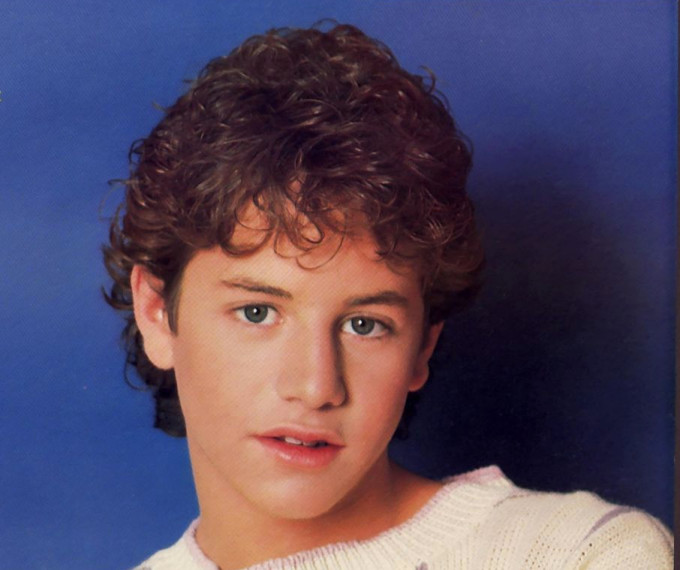 For those of us at a certain age, the name “Kirk Cameron” will evoke some sort of visceral response; after all, not only was he making curly hair cool as Mike Seaver on Growing Pains, but the dude was pretty much the personification of cool in the mid 80s (which, granted, isn’t saying a whole hell of a lot).

Hell, I wouldn’t be surprised if at least a couple people reading this had some sort of Tiger Beat type portrait of Kirk stuck up somewhere on their walls – you know the ones I’m talking about. They were as ubiquitous to the age as supply side economics, Jefferson Starship or Blockbuster Videos.

He was the perfect poster child of the All American boy, even if he happened to hail from Canada. For some reason, no one seemed to hold that fact against him.

Left Behind, but Never Forgotten.

Of course, Mike Seaver grew up to become an evangelical Christian and one of the most prominent conservatives in Hollywood (it’s a short list); many today only know Kirk as the star of the popular Left Behind series, which in fact is not the story of Tracey Gold’s career. Many also know him as the older brother of DJ from Full House, which is fair, since somehow that has aged more gracefully than Mike Seaver, the fifth horseman of the apocalypse.

Kirk, in addition to his acting chops and boyish good looks, has turned his talents to making the sort of end times predictions that Doomsday Preppers prep for. You’d think he’d have been able to predict the fact that Leonardo DiCaprio kid he was co-starring with might turn into something, someday, but seems his powers of prescience are limited exclusively to phenomena from the Book of Revelations.

The revelation, for me, is that one of the more innocuous, kind of likeable 80s TV stars has somehow become a legitimate and credible face man for the religious right, so much so that Alex P. Keaton would probably think his old counterpart had gone a little overboard – but I digress.

No matter how successful Kirk Cameron might be at saving souls, however, the fact of the matter is – and this is a little embarrassing, and even a little more ironic, for me to admit – the fact is Kirk Cameron saved my life.

The year was 1991. Terminator 2: Judgement Day led the box office, Roseanne led the Nielsens and Freddy Mercury still led Queen (pour one out). It was a simpler time, really, a different time – the Soviet Union still officially existed, everyone supported our war in Iraq and OJ Simpson was still making Hertz commercials and Airplane! sequels.

It was the middle of the night that fall, around 2 AM on a Sunday morning, and I was sitting in the upstairs dining room at a Sbarro in Times Square – the same one made famous by another phenomenon of 80s awesomeness, the Fat Boys, in their seminal cinematic masterpiece “Disorderlies,” released the same year as Growing Pains, incidentally – which should tell you all you need to know about pop culture back then (see below).

Back then, Times Square wasn’t the family friendly tourist destination it is today; before it became Disneyland, it was the kind of place people only went when they needed to see a peep show or a convenient place to urinate in public.

In those halcyon days before Giuliani made the area safe for stuff like TGI Fridays’ it was kind of a dangerous proposition to go to Times Square in the first place. That I was there in the middle of the night, in the age before cell phones or ubiquitous security cameras, was pretty much asking to get mugged (or worse). What the hell was I doing there?

Anyways, there I am, eating my shitty, starchy and suspect spaghetti, oblivious to the fact that the Central Park 6 and Lawrence Taylor were probably committing unspeakable acts in the immediate area around me, when the inevitable happens. I am approached by a gang of New York, right there in the Times Square Sbarro.

Now, if you’ve ever been confronted by a street gang, here’s kind of what goes down. Your body experiences the confrontation on a visceral level, endorphins start pumping and suddenly you’re acutely aware that you’re in danger, even if your mind hasn’t yet realized that you should probably get the hell out of there as quickly as possible. By the time you process the UNC Starter Jackets, Air Force 1s, snapback caps, matching bandanas and/or sartorial color scheme (some shit never changes), the flight instinct takes over because you realize there’s probably not a chance in hell you’re going to fight – at least not if you can avoid it.

I sat there, suddenly less interested in pasta than self-preservation, as I processed the situation and proceeded to freak out, of course. My feet were already pointed in the direction I’d run if one of them pulled out a weapon, but my shoulders were square to the dude who I’d have to hit to make it to the exit and my eyes were staring straight into those of the dude who appeared to be the leader, all of which happened on autopilot as survival mode kicked in. And chances of survival, at that point, were not looking particularly promising.

All I knew is suddenly I was sharing the upstairs of this Sbarro with about a dozen scary ass dudes who had us surrounded, and I was scared shitless. It was hot in there, crowded, tense and eerily silent.

Which was not exactly what I expected to hear, all things considered, as I put my wallet back in my pocket as subtly as possible. Now, back then, I had way more hair than I do now, and was, from time to time, mistaken for none other than, you guessed it, Mike Seaver from Growing Pains. When I realized that he thought I was actually my celebrity doppelganger, the situation quickly turned even more surreal than it already was, which is saying something, really.

I, of course denied being the guy on TV, and they, of course, did not believe me. After a few back and forths, this happened:

“Yes you are. You’re that guy… Kirk Cameron!”

Jesus saves, right? At this point I looked the guy in the eye – what I was looking for, I’m not sure, but I must have found it, because the very next thing I know I hear myself saying to them, “OK, OK…listen. No one knows I’m here. Not even my agent. But if you promise not to tell anyone, I’ll hook you up with a couple autographs. Can you run downstairs and see if they have a pen and some napkins?”

They did. And I proceeded to sign a bunch of autographs as quickly as possible before bolting for the exits and into the relative safety of the first taxi I could find. The endorphins didn’t stop flowing until that cab had gotten across half of Manhattan, but when they did, I couldn’t help but laugh.

Little did I know then, as the cab whisked me to the other part of the NYC in the age of the Bonfire of the Vanities, that this encounter would help shape the rest of my life. Seriously.

This Has Nothing to Do With Employer Branding. Deal With It.

I know that anecdote has very little to do with employer branding, which is obviously an anomaly for me; on the other hand, this very true story has everything to do with the importance of finding and establishing an instantaneous and emotional interpersonal connection, which is actually the entire point of employer branding in the first place. Being able to build these sort of connections might not save your life in a Sbarro, but it might make your life (and career) infinitely easier.

As someone acutely aware of the stakes involved in making these connections, I can confidently assert that I’ve just met a woman who not only understands this imperative, but also has it mastered.

Meet Jennifer Johnston. the global head of employer branding and recruitment marketing for Salesforce. That’s an impressive job, but even more impressive is Jennifer’s ability to crack the code when it comes to building those kinds of meaningful connections that mean so much in talent acquisition: connecting with executive leadership (for budget), connecting with hiring managers (for support), connecting with candidates (for new hires and improved experiences) and even connecting with Salesforce clients (for leveraging TA as part of their overall customer retention initiatives).

Her story is almost – almost – as badass as my Kirk Cameron one, but I will concede after our conversation that it has far more applicable, actionable recruiting takeaways than my NYC moment – which, sadly, will have to wait for another podcast. Instead, in this podcast, you’ll learn everything you ever wanted to know about forging the kind of critical connections that form one of the most critical core competencies in talent acquisition today.

In this episode of Resonate you will hear:

Heard in this podcast:

Jennifer Johnston is Head of Global Employer Branding at Salesforce. She executes on PR, marketing and advertising strategies to build the company’s reputation as a “Best Place to Work”, nurture relationships with passive prospects, and drive candidate pipeline, while building employee loyalty.